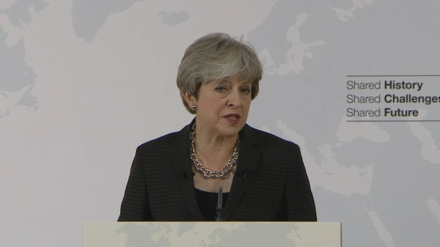 Brexit has always been essentially an exercise in contradiction. And when I say always, I mean always. In fact I spent my final speech in the House of Commons before the referendum patiently explaining to Tory Brexiteers that globalisation on steroids and protectionism on steroids are not compatible with each other. They are, in fact, the opposite of each other.

Fundamentally this comes down to a rather obvious argument about regulatory convergence and regulatory divergence. Trade deals are about regulatory convergence. We agree to abide by mutual standards in order to eliminate barriers to trade. Those standards are then enforced by a court that we both agree upon, meaning some ‘loss of sovereignty’ as Brexiteers describe it. This is not just an externality created by trade deals, this is what trade deals are it is the whole point of the exercise. So when you hear Brexiteers clamouring to sign trade deals, really what they are saying is that they can’t wait to start giving up little bits of sovereignty. Which is quite odd, when you think about it.

The government’s whole approach since the referendum has been characterised by denial of these contradictions. We want to have both regulatory convergence and divergence. We want to leave the biggest free trade bloc in history of the world in order to champion global free trade. And yesterday in her Brexit speech in the House of Commons Theresa May added another. Apparently we want to be both in and out of the single market and customs union during a transitional period. I’m not making this up.

When the PM made her Florence Speech saying that we wanted a two year transition with the “exact same trading arrangements we have now” everyone assumed that meant staying in the single market and the customs union. We made that assumption because that is literally the only possible thing that those set of words said in that order could possibly have meant. But yesterday the Prime Minister said we were wrong, sort of. We will be leaving the single market and the customs union in March 2019, apparently, but we will still have the same trading arrangements and we will still be subject to de facto European Court of Justice jurisdiction during that period. We will also presumably have no customs checks at our borders, not least because the logistical challenges make setting up a new system in time pretty much impossible.

So we will have the same trade arrangements, no customs checks, and ECJ jurisdiction. This is a set of arrangements commonly referred to as ‘membership of the single market and the customs union’. The fact that Theresa May is unable to call a spade a spade tells you an awful lot about her position in her own party, and not an awful lot about anything else.

This all goes to the heart of the Brexit problem. It is not that there are no solutions to these problems, it is just that there are no solutions that allow the Tories to maintain the delusions that they held before the referendum. This is why so little progress has been made. The EU Commission has offered us a set of choices, the government then responds that they don’t like the choices- please can we have some others. They then accuse the EU of intransigence when they don’t reinvent the wheel. Quite simply, the prime minister knows that whichever way she jumps she splits her party and loses her majority.

This must not go on. Labour has a perfect opportunity to offer the prime minister, and the country, a way out of this dilemma. We can put on the table a deal that would command a clear majority in the House of Commons and in the country. I call it ‘membership of the single market and the customs union’. The prime minister may wish to invent a new name, the point is a spade is a spade and she needs to stop digging.

Alison McGovern is Wirral South MP and is guest editing LabourList this week.