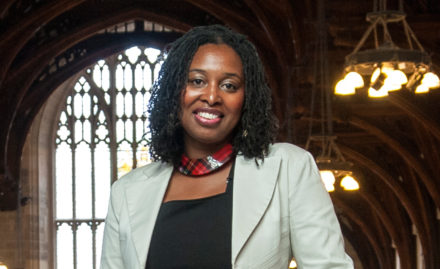 Re: Sexual harassment and abuse in Parliament

I am writing after the various newspaper reports from the weekend about incidents of sexual harassment in Parliament.

The problem of abuse and harassment of women isn’t restricted to those who make unwanted advances on women; it extends to a culture that has tolerated or made light of abuse for far too long. All political parties have a responsibility to act thoroughly and properly where instances of unacceptable behaviour come to light, and to take appropriate action.

Therefore, I was extremely concerned by reports in Sunday newspapers that your chief of staff and chief whip made you aware of allegations of inappropriate behaviour by Ministers and Conservative MPs. Can you confirm if you were made aware of allegations about members of your party or Government, and what action you took, if any?

I welcome your letter to the Speaker yesterday seeking to take long overdue action to strengthen procedures for Parliamentary staff to report abuse and harassment. In addition to a binding grievance procedure for all those working in Parliament and constituency offices, I believe it is important for all parties to publish their complaints procedures publicly so that if any member has complaints, they not only know how to raise them, but can have faith that the process is sufficiently robust and confidential.

Can you explain why the investigation into Mark Garnier appears to be confined to whether he broke the Ministerial Code at a time when he wasn’t a Minister? Further, can you confirm that both he, and Stephen Crabb, will be investigated by the Conservative Party and have the whip suspended while investigations into their conduct take place?

After your spokesperson expressed your “serious concern” at reports of sexual harassment in Westminster on Friday, it was disappointing to hear the comments of a member of your cabinet, Michael Gove, on Radio 4 the next day, which made light of sexual abuse and rape. Abuse is the never the woman’s fault, and insinuating that those who experience it and come forward have lost any of their “dignity” is inherently wrong and harmful. What action has been taken so that Mr Gove and others understand that “jokes” like his make it harder for those who experience harassment to feel like they will be taken seriously if they speak out?

Sunday newspaper reports claim that you are concerned that taking action against ministers could risk the Government collapsing. All party political considerations should be put to one side to ensure we take serious action. I am hopeful that if we do, this could prove to be a turning point that sees us make progress in tackling the sexism and misogyny that pervades our society.

Given the level of public interest in this matter, I will be making this letter public.

Shadow Minister for Women and Equalities