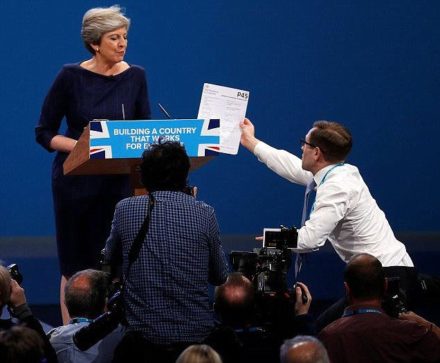 Labour has posted a fresh lead over the flagging Tories, according to new research published on the brink of MPs’ return to Westminster.

The Tories, who have been engulfed by in-fighting and a failed coup attempt since Theresa May’s disastrous conference speech, slipped back two points to 40 per cent.

The poll, carried out for The Observer, follows another late last week which showed Labour ahead of the Tories by the same margin.

Opinium poll for The Observer

Greens 2 per cent (no change)

Research carried out Wednesday to Friday.