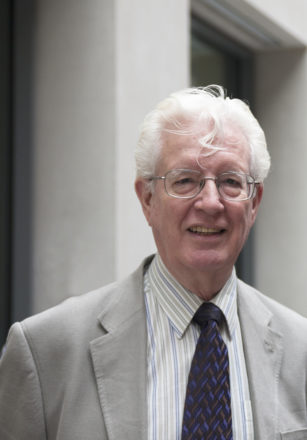 Leading figures from across the labour movement have paid tribute to Rodney Bickerstaffe, the former trade union general secretary who led the fight for the national minimum wage, after he died today.

Bickerstaffe, 72, ran the National Union of Public Employees (NUPE) and later held senior jobs at Unison after it was formed from the merger of three unions in 1993.

Today Dave Prentis, who succeeded Bickerstaffe as Unison general secretary, praised him for his dedicated campaigning for the introduction of the minimum wage and remembered him as “a friend, a comrade and a leader”.

“Rodney, or Bick as he was known to many, was a great personal friend to many of us and a dedicated champion of all the union members he proudly represented throughout his career. He coupled a great sense of humour and love of laughter with a deep-rooted sense of social justice and commitment to Unison”, Prentis said.

Grahame Morris, MP for Easington, said: “Rodney Bickerstaffe a giant of the TU movement, a fighter, a thoughtful and good man. My heartfelt sympathies on his passing to his family.”

Theresa Griffin, MEP for the north west, said: “Deeply saddened to hear of the death of Rodney Bickerstaffe. He was a friend and a great man.”

Len McCluskey, general secretary of Unite, said: “The union movement has lost one of its ‘greats’ today. Rodney was renowned for his warmth and encouragement towards young activists building the foundation of future leadership.

“From us all Rodney, thank you for all your service, your commitment to our values and your friendship. Our thoughts are with Rodney’s family and union friends.”