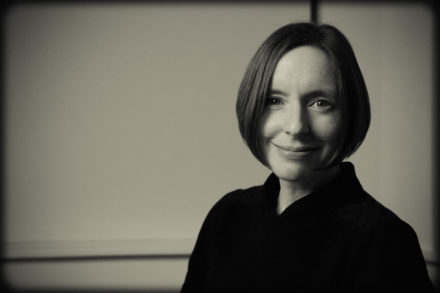 One of the elements of Labour’s 2017 manifesto that made me cheer was the pledge to create four new bank holidays. But it was too often treated as a cherry on the cake, rather than the kernel of an idea that could help us transform the excellent but discrete elements of the Party’s programme into a coherent, ambitious, socialist offer.

After 20 years of appealing to the ‘middle class’, both Tories and Labour floundered after the recession when it became evident that most workers were going to experience a decline in living standards and possibly fall into poverty. While a clear majority of British people have identified as ‘working class’ over the past few decades, both parties rejected the phrase, which of course has dangerous resonances with the labour movement and the idea that people might wield collective power.

Instead, the front benches quickly overused the phrase ‘hardworking families’. This proved highly unpopular with voters for a number of reasons I’ve spelt out elsewhere. But one of these reasons points up why those four bank holidays could become the cornerstones of an exciting future. Most people don’t see hard work as a virtue; they would like to work less hard and less often. And that’s a sensible attitude because overwork causes stress, early death, and places huge pressure on the NHS. It also doesn’t solve poverty. We work longer hours now than we’ve done for 50 years, yet the gap between the rich and poor has never been wider.

Labour is promising better jobs for all – and John McDonnell’s commitment to co-operative organisations is a great start. People aren’t afraid of hard work. It was the understanding that people wanted more control over their time that drove the Tories’ electoral successes over the last century. Grammar schools were initially popular with parents who hoped an education would offer their postwar babies what apprenticeships offered an earlier generation: a set of skills that would prove an important bargaining tool. Margaret Thatcher’s promise to make it easier for people to strike out on their own, regardless of their background, by starting their own business and owning their own homes proved very appealing. But promises of social mobility and self-preservation have failed, because only a few can ever possess the wealth and opportunity in a capitalist society.

Under Jeremy Corbyn’s leadership, Labour is finally willing to admit this truth. But we need now to work out exactly how public ownership will enable all of us to benefit from better services, but also to take control of important elements of our lives. The nationalisations of 1945-51 provided far better services than the currently privatised industries do, but we can do even better next time. We need to think carefully about how to ensure that co-operatives really are collectively organised, and how to create governance of schools and healthcare that enables those working in and using these institutions to actively participate in their development. That’s democracy. But in a really successful co-operative like, for example, Unicorn Grocery in Manchester, this requires everyone to invest a considerable amount of time and energy. They need less work and more leisure to make that possible.

Our cultural and educational agenda – including those four bank holidays – can and should be better integrated with these economic aims. Until 1979, many social scientists, trade unionists and politicians assumed that the major issue facing 21st century governments would be providing meaningful leisure, in a society where technological advance would have led most people to work far less than they did a century earlier. As early as 1938, Henry Durant’s book The Problem of Leisure became immediately popular, because it seemed to speak to an inevitable future. That our leisure has not increased is due to political choices, including the proliferation of ‘bullshit jobs’ that David Graeber writes about. We can and should declare that there are more important things in life than work. The desire to work less and spend life on more meaningful activities has shaped our movement, and brought important victories.  The TUC’s demand for holidays with pay, for example brought thousands of new, young workers into the movement in the 1930s – and eventually brought about the 1938 Holidays with Pay Act. The labour movement has also played a pivotal role in debates about what a full, rich life might involve: adult education was championed by trade unions, the co-operative movement and the early Labour Party, as the great (but unsung) Workers Educational Association attests.

So four bank holidays could be the start of a new phase in the labour movement’s commitment to leisure. Not only would this be good for our health and for the environment – think of all those commuting hours lost! – but it would promote democratic participation in organising our society. In our movement we already have many organs able to help (or we have a memory of what they looked like): adult education organisations, co-operatives, the trade union movement, community schools, Momentum fora and people’s assemblies among them. Less work would mean more time to be involved in such initiatives.

In 1945 Labour offered to look after everyone from the cradle to the grave through full employment and a welfare state. In future Labour should offer us the tools to look after ourselves and each other, and in doing so create a society dedicated to enriching people and planet, rather than the pockets of the rich.

View all articles by Selina Todd