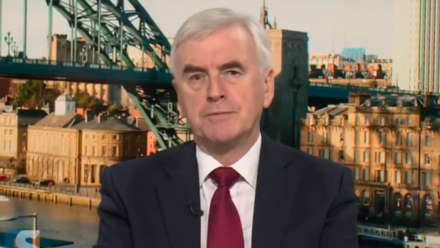 Counterintuitive it may be, but the stock market will boom in response to John McDonnell’s nationalisation policies. The affect of the state buying up shares in the utilities will be little different to the affect of quantitative easing (QE), when the Bank of England bought up government bonds and the sellers used the proceeds to buy into the stock market. The same thing will happen here. The proceeds of the utility shares will be reinvested in other stocks, pushing up prices across the market.

However there are changes happening in the world economy that might throw McDonnell’s plans off course. Interest rates on US government debt has shot up recently. Two year Treasury bonds have reached almost two per cent. If this was alone it could be explained by the end of QE, but wages in the US have also shot up over the last year also. Normality appears to be returning.

For the world economy, low interest rates and wages appear to be caused by the adjustment to the internet revolution and globalisation. A similar economy existed in the 1930s following the introduction of the motorcar and electricity, and also in the depression of 1873-1896 here following the second industrial revolution. Normality returned on both those occasions, as it appears to be doing so now.

McDonnell’s nationalisation policies are calculated on interest rates being below the value of the dividend of the company in question. In other words, if a £1bn company pays five per cent in dividends, and the state can buy the company for £1bn at 0.5 per cent interest, then the dividend covers the cost of the interest payments and produces a profit for the state of 4.5 per cent.

In other words this period of adjustment to technological change has offered incredibly cheap money to governments. If the period is ending, then the cheap money ends with it.

McDonnell should be ready with a response when confronted by this question whenever the election comes – because otherwise the impression will be that Labour would push ahead with nationalisation regardless of affordability. The answer should ideally be to list the priorities were there to be more restrictions on affordability and be clear that Labour is pragmatic in its response to changing economic conditions.

McDonnell has recently compared the philosophy of the Tories to that of Labour. “The right creates a narrative that investment costs society rather than benefits it.” This principle applies whether money is cheap or expensive – but cheap money makes the opportunity of investment easier. If interest rates start to rise, then the Tory argument becomes stronger not weaker.

I don’t suggest that McDonnell should change his tune, but I am suggesting he should be ready for the ground to shift beneath his feet. Other economic arguments can be made, that would be unique to Labour and counter Tory dogma.

Britain has had a floating exchange rate since 1992. The belief that the market is best qualified to set the exchange rate was correct then but circumstances are now different. Prior to Brexit the economy built a reputation for safety and sterling became a “safe haven currency”. Institutions would park their wealth in our economy, pushing up the value of sterling. This has meant that the market is not pricing the pound according to the fundamentals of the economy  but according to vast speculative movements.

Britain’s overvalued currency has been damaging to industry and greatly contributed to the north-south divide. London specialises in industry that is less price sensitive. The north needs to be competitive on wages and other input costs, but has suffered with a currency that the IMF described (before Brexit) as being 15-20 per cent overvalued.

Brexit has destroyed the safe haven aspect but has damaged investment in industry for other reasons. I believe that Brexit will eventually fail under its own contradictions but, regardless of this, a fixed exchange rate pegged to either the euro, dollar, or a basket of currencies, would be of considerable benefit to future investment in British industry.

If McDonnell was to trail this as a possible future policy for Labour, then I imagine he would highlight the fact that the German economy has been effectively undervalued within the euro, enabling industry to thrive there.

Such a policy would be unique to Labour because, as McDonnell knows, the Tories find it impossible to believe that the market can be wrong.