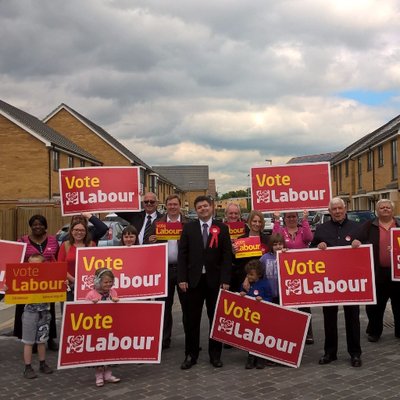 A string of councillors, trade unionists and former parliamentary candidates have been shortlisted for one of Labour’s most important target seats.

Six names, including 2017 candidate John Kent, above, have made it through to the final round of the selection for Thurrock.

The seat is one of 75 which Labour has agreed will pick candidates before Christmas and is seen as crucial because Tory Jackie Doyle-Price hung on by just 345 votes in June. The south Essex marginal was number two on Ed Miliband’s list of target seats in the run-up to the 2015 election.

Now the full shortlist can be revealed, below, for the selection this time around.

Kent, a former leader of the town’s council, is seen as the favourite, as revealed on LabourList yesterday, but faces a strong campaign from Elly Baker, who has backing from several unions.

They are joined on the shortlist by a series of experienced local Labour figures.

The national organiser for the new National Education Union is backed by the GMB and lives in East London.

The Thurrock candidate in this year’s general election appears to be the favourite this time around. He is a former leader of the town’s council and is seen as having support from several unions.

The barrister set up Labour Friends of Palestine and the Middle East and stood against Jack Dromey – then a trade union official – for the role of Labour treasurer in 2008.

The Southend councillor and Unison member works for the NHS in London and has campaigned on health and poverty.

The YMCA public affairs manager has stood for Labour in two other Essex seats and used to live in Thurrock before moving to the nearby commuter town of Shenfield.

The Chelmsford candidate in the last two general elections who, by one measure, achieved the party’s best result in the county in 2015. He has written for LabourList and also stood as Essex police and crime commissioner in 2016.