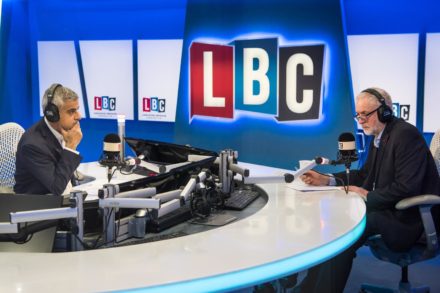 Sadiq Khan has warned Jeremy Corbyn and Labour against displaying any “complacency” in the run-up to next year’s local elections.

The London mayor used a LabourList article to demand that the “energy and optimism” displayed by the party at the general election is carried through to May 3.

He was highly complimentary about Corbyn, however, and said there is now “no corner” of London in which Labour could not win.

It was in the capital that Labour made its most eye-catching gain at the general election when it seized the traditional Tory stronghold of Kensington.

“Under Jeremy Corbyn’s leadership, Labour in London is continuing to go from strength to strength and we are seeking to build on that success,” Khan writes today.

“However, there can be no room for complacency. We must carry the same energy and optimism from the general election in London – which inspired countless young people and first-time voters – into the upcoming local election campaign.”

The article, which comes after national opinion polls narrowed to roughly level-pegging between Labour and the Tories, also sets out how the government is “letting Londoners down every single day”. Khan goes on to cite police cuts, a failure to tackle the housing crisis and “an extreme hard Brexit” among the main criticisms of Theresa May’s party.

The mayor’s piece will be scrutinised for clues as to Khan’s view of Corbyn although the pair’s relationship appears to have eased, compared to that of 18 months ago, and follows their joint appearance on LBC radio (above) in October.

Sadiq Khan: Local election campaign starts now – so let there be no room for complacency