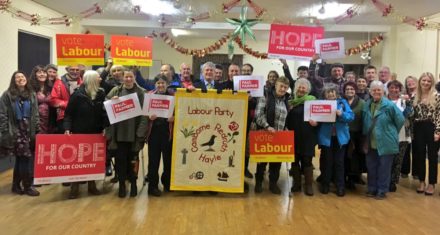 A Unite activist and former bus driver has won a hotly-contested selection for Labour’s top target seat in the south west.

Paul Farmer, who had backing from a string of trade unions, saw off the challenge of two other former parliamentary candidates in the contest for Camborne and Redruth.

Farmer said “meur ras” – “thank you” in Cornish” – and vowed “together we will win” after winning the right to take on George Eustice.

Farmer, who won backing from Unite, the GMB, the Bakers’ Union and Momentum, beat copywrighter Sophie Johnson and nurse and GMB rep Paul Raybould. The shortlist was revealed on LabourList last month.

Camborne and Redruth appears to be Labour’s top target seat in the south west region, based on the 64 it needs to gain to win a general election, although the party has not ranked the constituencies in order of priority.

This article was amended on December 6 to clarify the Cornish translation.