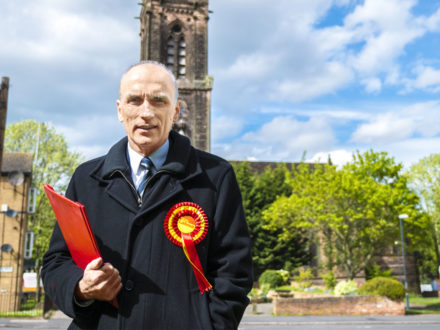 The Derby North MP stepped down as shadow fire minister saying he wanted to campaign on a “broader range of issues.”

He quit just days after calling for a doubling of council tax bills on the highest-value homes in England.

He was appointed to the frontbench in July, shortly after returning to parliament.

He lost his seat to Tory Amanda Solloway by just 41 votes in 2015 won it back with a majority of 2,015 in June last year. Today he vowed to stay loyal to Jeremy Corbyn.

“I will be standing down from my role with immediate effect so that I can return to the backbenches, where I will be campaigning on a broader range of issues. I will continue to loyally support the leadership of Jeremy Corbyn from the backbenches and hope to be a voice for the party’s members.”

Corbyn said today: “I am grateful for Chris’ work on the frontbench, particularly on fire safety following the appalling Grenfell Tower Fire. I know that on the backbenches, Chris will be a strong campaigner on a range of crucial issues as well as serving his constituents with dedication.”