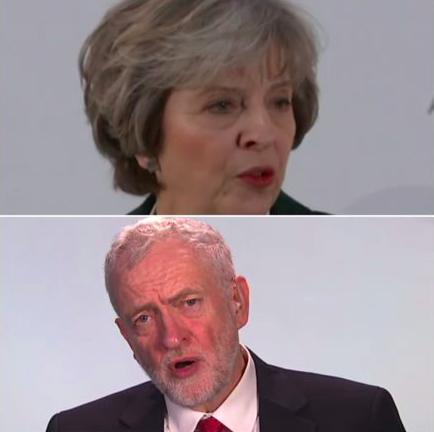 Jeremy Corbyn remains ahead of Theresa May according to the most recent projection of who’d win the most seats in a general election.

Labour would return 300 MPs, 25 more than the Tories, according to the Electoral Calculus prediction.

Labour led every poll conducted in December — but their lead varied greatly between estimates. Survation put the party on 8 per cent, whilst others put them on 2pc.

Electoral Calculus predict Labour have a 2.5pc lead over the Tories, averaging six polls conducted between 24 November and 20 December.

“Labour’s lead in the polls would translate into a lead in the House of Commons with Labour winning around 300 seats”, Electoral Calculus, who publish predictions every month, said.

On these results, if Corbyn formed an alliance with the SNP he could form a working majority of about 28 seats.

View all articles by Oscar Webb