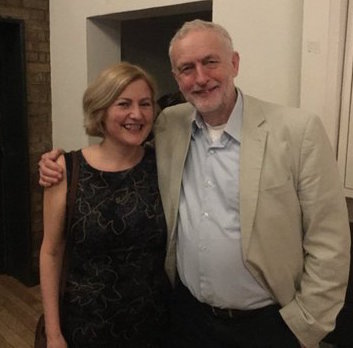 A local activist and teacher backed by Momentum has been selected as Labour’s parliamentary candidate in Wimbledon.

Schneider will fight the key seat at the next general election, now considered a marginal after sitting Conservative MP Stephen Hammond’s majority was reduced to 5,622 in June.

The music teacher has run a number of local campaigns, particularly to support and find homes for refugees. She had the backing of grassroots group Momentum and union GMB, as well as prominent figures including journalists Owen Jones, Paul Mason and Zoe Williams.

Eleanor Harrison, the other candidate on the all-women shortlist, lost out to Schneider by just seven votes.

As reported by LabourList on Wednesday, the third candidate in the running Ghazal Diani pulled out last week and endorsed Eleanor Harrison. In her letter to supporters, Diani wrote “the bigger goal is to win Wimbledon back for Labour. I don’t believe this can be done if votes are divided between Eleanor and I”.

If Diani had not withdrawn from the race, Schneider would likely have won by a larger margin.

Of 30 selections in which Momentum have endorsed candidates so far, 18 have won, giving the grassroots group a 60 per cent success rate.