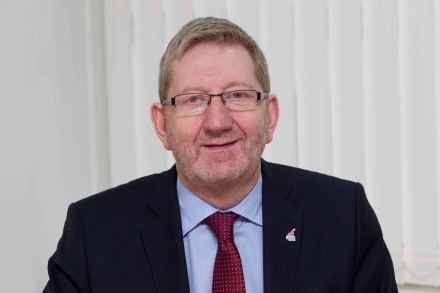 This week will be a defining one for British business. On Thursday we will find out if the centuries old engineering giant GKN will be the latest victim of our inadequate shareholder laws.

Unilever’s decision earlier this month to move its headquarters to Rotterdam is a damning indictment on the UK’s toothless takeover laws, which do little to prevent hostile bids and asset-stripping takeovers by predatory competitors and vulture capitalists.

Our company laws are a dog that won’t bark, and cannot bite.  They reflect a short-term, opportunistic approach that is endemic throughout British business, ably assisted by our country’s weak regulatory framework for mergers and acquisitions.

These lax takeover laws sit in stark contrast to most of the rest of Europe, and beyond. It is little wonder that the consumer goods giant, which has been mulling a move since fending off a hostile bid by a spin off from Kraft – Kraft Heinz – last year has opted for the safer harbour of the Netherlands, where national, social and workforce interests are major deciding factors in any acquisition attempt.

That Kraft Heinz experience, and the one British engineering firm GKN has been going through as it tries to rebuff Melrose’s deeply unwelcome advances some eight years on from Cadbury finally falling to the original Kraft’s overtures, appear to have convinced Unilever bosses to find a safer harbour than the UK can provide.

Because shareholders’ interests reign supreme in UK takeovers, regardless of whether it’s in the national interest or the long-term interests of a company, its workers, customers and suppliers. This allows the forces of short-termism, and the interests of speculators looking to turn a quick buck, to destroy jobs and run riot with our great British household name companies.

But it doesn’t have to be this way. UK firms are as able to use protection mechanisms to preserve control as any others. Companies in Holland, France and across Europe make frequent use of so-called control enhancing mechanisms (CEMs) to lock-in long-term shareholder investment and reduce the risk of unfriendly approaches, and the evidence they work is fewer hostile takeovers and firms controlled by foreign investors.

CEMs include a range of legal methods, such as shareholder agreements and multiple voting rights written in to an organisation’s articles of association, which aim to recognise and reward the loyalty of long-term shareholders and encourage further investment.

In Holland, company law allows for multiple voting rights, just as the UK does, and it’s been widely used by Unilever, along with others including ABM Amro, Heineken, ING and Reed Elsevier. In fact, some 43 per cent of Dutch firms use CEMs, while only three per cent of UK firms do, even though they have as much right to put them in their articles as any other.

They don’t because, more often than not, board members want to cash in when the opportunity arises, while vested interests driven by short-term profit put the preservation of jobs and the retention of key British businesses at risk.

In the 19 weeks in which Kraft pursued Cadbury, one quarter of Cadbury shares had been sold to hedge-funds and other short-term investors – shares held by such short-term investors stood at around five per cent when Kraft made its opening bid, but they’d acquired nearly a third of the company’s stock after just 44 days.

Preventing such transactions could reduce much of the current opportunistic behaviour and impact of short-termism. While the coalition government huffed and puffed as another British name fell into overseas hands, it did nothing to protect other companies from the same fate.

Amid mounting political concern that finance is not serving the real economy and that government response to hostile bids is always too little, John McDonnell told the Resolution Foundation recently that our financial institutions put too much money into short-term, speculative investment, and not enough into real value creation.

“It is the reverse of what a healthy economy should be doing,” he said. “Finance should act as servant, not master, for the real wealth creators.”

Unite agrees. But when we have a Tory government that supports the preservation of turbo capitalism it is little wonder that it sits on its hands rather than blocking Melrose’s hostile bid for GKN. It could do so easily, on the grounds of national defence interests. It could also toughen up toothless takeover laws to promote long-term economic stability and protect jobs ahead of short-term casino-style capitalism.

Our fear is that it will do neither. Ultimately, Theresa May’s continued inaction means there is a very real danger that more companies like Unilever will flee overseas, while more UK employers fall prey to hostile bids, leaving the workforce, national and social interests to be sacrificed on the altar of short-term asset-strippers.

If GKN falls to Melrose to be broken up and sweated for the interests of a very few already extremely wealthy men in the boardroom, the blame will lie firmly at the door of Number 10.

As long as the Tories stay in power, the City casino stays open for business. The time has come for new management. British companies, workers and communities deserve better.

Unite’s report “Reform of the UK’s regulations on mergers, takeovers shareholders for the longer-term”, produced by Acuity Analysis, calls on the government to strengthen UK takeover laws to promote long term economic stability and protect against short-term predatory takeover bids which destroy British jobs and investment. Read the report here.