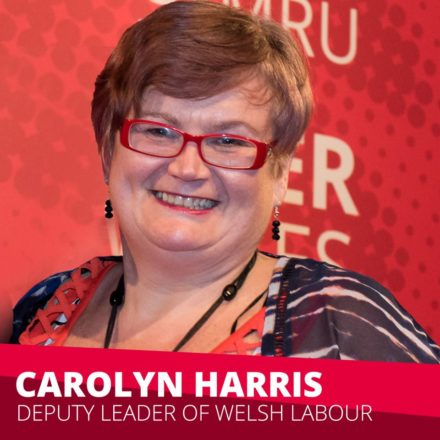 The MP for Swansea East gained 51.5 per cent of the vote, narrowly beating Julie Morgan, Cardiff AM and former MP, to become the Welsh party’s first deputy leader.

LabourList understands that the vote breakdown was as follows:

Campaigning during the race centred around the candidates’ preferred voting system, with Harris backing the current electoral college system and Morgan supporting a change to one-member-one-vote.

The result is likely to strengthen calls for OMOV in Welsh Labour internal elections. Morgan tweeted: “The campaign for one member one vote continues.”

Disappointed that Julie Morgan is not now Welsh Labour deputy leader, despite winning the votes of members 2:1 #OMOV

Congrats to @JulieMorganLAB 4 winning ⅔ members votes to be dep leader of @WelshLabour. The process was a travesty of democracy & insults the people of Wales. The Welsh Exec deliberately chose to limit members say to ⅓, they knew what they were doing. It’s called gerrymandering

While Morgan’s bid was backed by Momentum, Harris was endorsed by unions including Unite and several members of the shadow cabinet. The MP was thought to have the support of Jeremy Corbyn’s office.

The result was announced at Welsh Labour conference, which is being held this weekend in Llandudno.

Speaking to conference, Harris said: “I never thought I would be an MP five years ago, let alone deputy leader of Welsh Labour. I will not let you down.

“As I have said throughout my campaign, I have got a big heart, a big mouth and you have trusted me and given me a big platform.

“I said I would build our party outwards, not just the 25,000 members but 3 million people in Wales who need us and need Welsh Labour. The work starts now. It starts right here and right now. I will never be able to thank you enough”.

Harris was congratulated by First Minister Carywn Jones, who said he “looked forward to working with her very much”. Jones also gave his “heartfelt thanks” to Morgan for her campaign.

Thank you to everyone who elected me as the first ever Deputy Leader of Welsh Labour. I promise I will not let you down. pic.twitter.com/4JlgaKqW51

She was congratulated on Twitter by Jeremy Corbyn and several members of the shadow frontbench, as well as backbench Labour MPs.

Congrats to @CarolynHarris24 on being elected as @WelshLabour‘s deputy leader. Carolyn’s recent success in securing funding for child burials shows the passion and steel she’ll bring to her new role.

Looking forward to joining her at our Welsh conference in Llandudno tomorrow.

Congratulations!! @carolynharris24 the new deputy leader of Welsh Labour… G&T on me 😉

HUGE congratulations to @carolynharris24 on her great win! She’ll be a superb Deputy Leader for Welsh Labour x

Massive Congratulations to @carolynharris24 on becoming @WelshLabour Deputy Leader! Very proud to call her a friend and know she will be a terrific standard bearer for our Movement! Well done, Car! pic.twitter.com/HrLDYeHps3