Next week, as people go to the polls to elect their new councillors in many parts of the country, Labour is fielding its youngest set of candidates for years – possibly ever.

It has been four years since most of the seats Labour is fighting were last up for election, and in that time our party has battled two general elections and seen membership soar. Many of those newer members are under 27, and Young Labour now boasts a membership of more than 100,000.

Perhaps that is why Labour is running so many young people for council this time. Out of 4,367 candidates, 476 are under the age of 27 – that’s 11 per cent. I am not sure if that’s a record number, presumably because the party hasn’t always kept a record, but it is certainly higher than in recent years.

As these young candidates spend their evenings and weekends on the doorstep for the final push, a few of them took the time to talk to me about their campaigns. 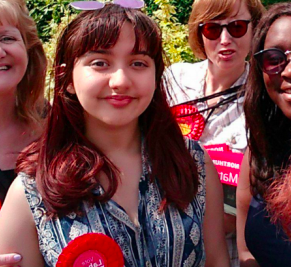 Aisha is currently finishing her International Baccalaureate at sixth form, but while her friends prepare for their final exams, she is out on the doorstep, preparing for next week’s elections. If she wins, she will be unseating a Conservative councillor in what is considered one of the Tories’ few London strongholds.

Aisha has already been campaigning since her early teens, having been a member of the NHS Youth Forum, and feeding into parliamentary research on body image. “I’ve always been passionate about ensuring people of all backgrounds and experiences were involved in the decisions that affect them,” she says.

What motivated her to put herself for council specifically? “After seeing a social worker cry at not being able to help people as a result of Tory cuts, I knew something had to change in local politics.”

It hasn’t been an easy ride so far for Aisha, but she isn’t letting it stop her. “I’ve had a few surprised residents not expecting to see a young mixed-race woman standing, but that fuels me even more to break down expectations of the kind of person that can represent us.”

If she is elected, Aisha wants to champion housing provision. “We need a far greater provision of affordable and co-operative housing, and to ensure families aren’t stuck in unsuitable temporary accommodation that has an adverse effect on their health.” 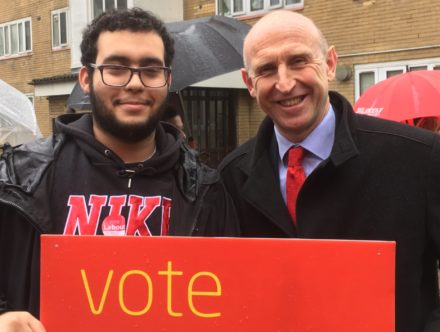 “I was fed up of what was happening in my local area… an area which is poorer than most,” Hamza says. While often thought of as the heart of the political establishment, Westminster harbours some of the most economically divided wards in the country: multi-million pound properties sit across the streets from council estates with high levels of poverty.

“It shocked me how unequal it is and how many things were just wrong. Then it hit me: I could make a difference by being a councillor and actually being able to improve the lives of my fellow residents.”

Hamza explains that, despite his years of experience in politics, he has faced barriers. “Not a lot of people had too much confidence in a 17 year old, as I was at the time, and I had to be ten times as active as others, especially as I was trying to stand in what is considered a ‘safe seat.'”

Queen’s Park is one of few Westminster wards that already has three Labour councillors, and as one steps down, Hamza hopes to take their place. If elected next week, Hamza wants to prioritise support for other young people living in Westminster. “It could be anything from helping them find a place to live, or giving them access to explore potential careers.” 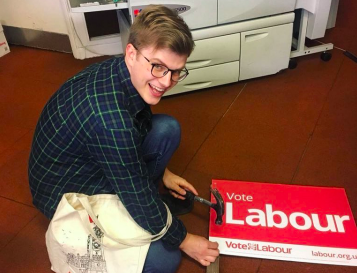 Haringey has had a media spotlight on it this year, over the council’s controversial housing redevelopment plan. Having been encouraged by other members to put himself forward, the Haringey Development Vehicle (or HDV, as its known locally) was one of Will’s main concerns.

“I didn’t think HDV was the right way forward to provide genuinely affordable or social housing, and I’m glad that our manifesto makes it clear that we do not intend to progress with it – a project which was effectively privatising a such a large amount of council-owned land.”

Will knows the issue inside out, and wants to help repair what he sees as broken trust. “Many residents felt that they hadn’t been kept in the loop around plans to knock down an estate.” So what’s the offer instead, I wonder? “I’m really glad that we’ve pledged to build a thousand new homes at council target rents.”

Will refuses to name one single policy he wants to focus on. “There will be a lot of work to do,” he says, thoughtfully. “Aside from bringing services back into council control, two of the policies I really want to push forward are landlord licensing and working on a clear plan for a properly accessible youth service. I think both of these would help young people growing up in Haringey.” 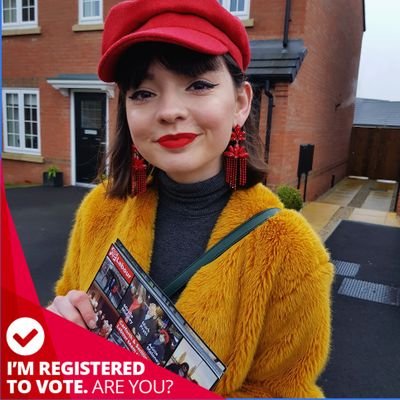 Standing in Garforth and Swillington, Leeds

Leeds City Council is Labour-controlled, but in one ward, Annie Maloney is among three candidates hoping to oust Independents in what is a former mining community. Annie is crystal clear about why she is standing. “We all deserve better than what the Tories are giving us. If we don’t use our voices and votes to stand up for ourselves, who will?”

It is a fair question, but I’m saddened to hear that Annie is another candidate who has faced attacks, mostly from her political opponents. “I’ve been called naive, inexperienced, a puppet – even told to get back to making tea for my husband.

“I was 19 when we started the campaign, and a man on the doorstep asked ‘what the f**k do you know at 19?’” It’s clear from speaking to Annie that she knows a hell of a lot.

Thankfully, most of the response has been positive. “The majority of people, young and old, have been thrilled a young candidate is standing for them.” She has received significant support from Leeds Labour Group and Young Labour, too.

One of Annie’s ambitions is to engage more people in the political system. “It shapes everything we do, yet so many people can’t name their local councillors or MP. We need to be engaging people in who does what, where budgets come from, and who’s cutting them.”

I ask whether there have been any highlights from campaigning. “I’ve been reminding people to use all three votes. One man shouted down his drive: ‘if I could give you 4 votes I would!’”

While it is fantastic that Labour is fielding so many young people as candidates next week, it is clear from speaking to some of them that more needs to be done to support young members who put themselves forward.

Lara McNeill, who was recently voted in as the new youth representative on Labour’s national executive committee, says she is encouraged to see so many young candidates put themselves forward. “Young people are not just joining the party in their thousands, but standing on socialist platforms representing local communities.”

Lara is clear about what is at stake. “Austerity has politicised a generation of young people who are struggling under the Conservatives. We are facing more and more problems in our workplaces and communities.”

In her new NEC role, Lara wants to work with the party to run a young candidate’s school “to encourage and train up the next generation of Labour representatives”. Perhaps on May 4th, there will be a large selection of case studies to be drawn from.

Here’s hoping that council chambers across the country will soon see a record number of young socialists, with new ideas and boundless energy, join their benches. Labour will become more than the party for young people – we will be the party of young people in government.