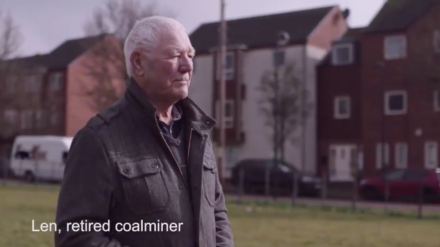 The video features people who can’t afford their rent, have lost hope of becoming a homeowner as they aren’t able to save for a deposit or ended up homeless and living in unsuitable emergency accommodation.

Retired coalminer Len ends the film by saying: “Jeremy Corbyn, and the policies of the Labour Party, is an absolute inspiration. They can’t say now, ‘you’re all alike’, because they’re not.”

This is what the housing crisis looks like under the Tories.
Only Labour will tackle this crisis.
These are the stories you need to hear. Hit RT now. pic.twitter.com/ddGu0yIUfv