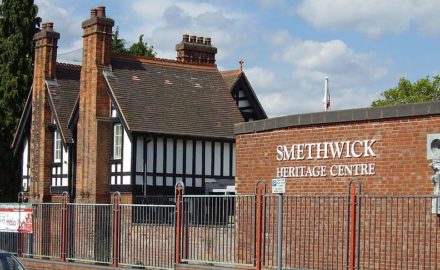 Enoch Powell’s “Rivers of Blood” speech is notorious, but four years earlier the West Midlands had seen the first really racist election campaign in Britain, the Smethwick election of 1964. Smethwick had been a Labour seat since the war, held by the upper-class Patrick Gordon Walker. But Gordon Walker had not been the original choice: in the landslide of 1945, Labour’s Alfred Dobbs had been elected as MP for Smethwick, but he was killed in a car crash and Gordon Walker won the by-election later that same year.

The Labour Party nationally was anxious to broaden its class appeal and the Oxford and BBC background of Gordon Walker was an asset. He was promoted rapidly, reaching the cabinet in 1950 as Secretary of State for Commonwealth Relations. Whether he developed local roots is not clear, and he was criticised for being out of touch. He lived in Hampstead Garden Suburb, well away from his voters. Though living in the constituency has never been required for an MP, combating the strategy the local Tories were developing was essential and the local party failed to do this.

In 1964, the country swung to Labour by 3.5 per cent but Smethwick swung to the right by 7.2 per cent as  Tory Peter Griffiths won the seat on the slogan “If you want a nigger for a neighbour vote Labour”. Griffiths had lost in 1959 and was clearly determined to overturn a Labour majority of 3,544. Labour had gained 20,670 votes in the previous election and the Tories based their strategy on using the race card. The Liberals challenged and took votes from both major parties, so Griffith gained only 16,690 votes but Gordon Walker’s vote dropped to 14,916. The seat turned blue.

The campaign was outrageously distorted by Tory tactics and as this was the first election I was involved in, it was clear the priority was to help fight the Tories. Labour in Birmingham, where I lived, was fully occupied so I went with the Communist Party (CP), which had decided to work in Smethwick against Griffiths. Going into the Black Country seat, it was obvious that the local Labour Party was an empty shell, and that Gordon Walker was not popular. The CP did its best, but using Young Communist League volunteers to stem the tide was never going to work.

The aftermath was significant, however, and needs to be remembered. The CP was no longer relevant and Labour took up the fight. The party selected actor Andrew Faulds, a committed and assertive anti-racist. He was helped by the Liberals’ decision to stand down. In a two horse race in the general election of 1966, Faulds was aided by the national upsurge, which gave Labour the first Commons majority since 1950, and Labour took the seat with 18,440 votes to the Tories’ 14,950. The Tories did not use the race card and the Labour Party re-established itself as the leading party in the constituency.

What Andrew Faulds did was nationally important and has never been properly recognised. Racism was and remains deeply rooted in the West Midlands, and it is not a surprise that Enoch Powell in 1968 was the MP for a Wolverhampton seat and made his foulest speech in Birmingham. But in Smethwick, there was no repeat of 1964. The seat has never been anything other than Labour since 1966 – that goes for its replacement Warley East too, and the constituency today, Warley. The lesson of Smethwick is not the rise of Peter Griffiths but his fall. In 1966 the Tory vote dropped as Labour’s rose, and the lesson that taking on the racists works is one of lasting value. Andrew Faulds and his local supporters deserve to be remembered.

Trevor Fisher is a Labour member and a former member of the Labour Co-Ordinating Committee (LCC) executive, the Compass executive and the Rank and File Mobilising Committee (RFMC).

View all articles by Trevor Fisher