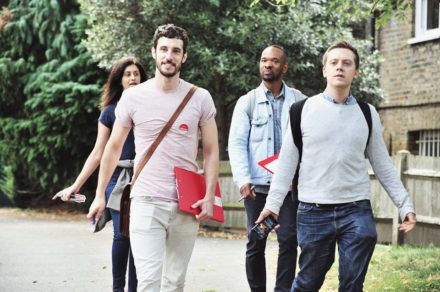 Momentum’s campaigning was absolutely critical to the gains Labour made in the local elections of 2018. ‘Unseat’ days mobilised thousands of people across England, many of them younger, many of them new to politics. Campaigners flooded into communities, knocked on doors and asked residents about their issues and concerns, identified where Labour supporters were, and turned out the vote on election day. Momentum campaigned in communities that hadn’t heard from Labour canvassers since the 1960s; helped reinvigorate local parties which until recently had been hollowed out husks; and permanently increased canvassing after each campaign day by turning inactive supporters into activists. We knew the challenges: Labour voters (particularly younger and poorer voters) are far less likely to vote in local elections; and mobilising campaigners for local elections is hard.

After the local elections, Tory MPs and sympathetic commentators have tried to portray Momentum’s efforts as a failure. Why? Because they know that one of Labour’s key advantages over the Tories is having a mass membership and being able to conduct campaigning on a mass scale, a counterweight to the Tory advantage of vast funding from hedge funds and bankers and overwhelming press support. They want to demoralise Labour supporters to deter them from campaigning and defeating the Tories. That’s why they are riddled with contradictions: demonising Momentum one moment, talking about having their own another – read this gushing Spectator article about the power of Momentum. That’s why leaked WhatsApp messages from Iain Duncan Smith show that the Tories are terrified of Momentum. So here are the facts about Momentum’s successes everywhere its activists campaigned.

The Tories lost Trafford, their last council in Greater Manchester, for the first time in 14 years – even though only a third of council seats were up for grabs and privately the Labour leadership felt there was no chance of the Tories being defeated there. Labour won 4 new seats and its vote share compared to 2014 surged from 38.2 per cent to 48.3 per cent.

According to Trafford’s Labour group leader Andrew Western, who is not a member of Momentum, Momentum’s campaign was “a massive help”. “I’ve never met a voter yet who could tell a Momentum activist to a general Labour one,” he told Left Foot Forward. As newly elected Trafford Labour councillor for Brooklands Steven Longden told me: “Momentum’s participation in the Brooklands campaign was crucial to its success.” Election turnout in Brooklands surged to 51 per cent, the second highest in Trafford: this was the ward that made Labour Trafford’s largest party.

Labour won the popular vote in Wandsworth, which has been run by the Tories since 1978, gaining 7 new councillors and the best result in terms of seats for 22 years: it was just 85 votes away from unseating the Tories. As newly elected Wandsworth Labour councillor for Queenstown Maurice Mcleod told me: “Having Momentum organise a number of larger events and their Get Out the Vote campaign on election day was invaluable and gave us the number on the ground to connect with residents. We managed to elect three Labour councillors in a ward that has not seen this since 1990. We couldn’t have done it without the energy that Momentum injected into our campaign.”

Although only a third of Portsmouth’s seats were up for grabs (winning the council was never a possibility), Labour won 4 new seats and its share of the vote went up 12 points from 19.5 per cent to 31.5 per cent. As the BBC’s south political editor Peter Henley put it: “Labour jubilant in Portsmouth, vote up substantially after Momentum turned out 4x usual number of campaigners, now winning seats they’ve never won before.”

As Tom Coles, newly elected Portsmouth Labour councillor Fratton, put it: “The Unseat campaign evening in Fratton was a great help in us gaining the seat from UKIP. The vote in the area we canvassed was stronger than in other areas of the ward and the event significantly increased our visibility in Fratton.” And as Momentum Portsmouth chair Carl Corkery says: “It inspired dozens more local supporters to become active and join us out on the doorstep. It also created a real buzz around the campaign and led to the ward we canvassed in on the day becoming a Labour gain from UKIP.”

Westminster has always had a Tory council, but here Labour’s share of the vote surged from 33.5 per cent in 2014 to 41.1 per cent – nearly the same percentage as the Tories, winning four more seats. In the West End, where Momentum energetically campaigned, Labour won the popular vote and defeated a homophobic Tory candidate. Responding to the Westminster Tory leader Nickie Aiken’s claims that Westminster residents “don’t like Momentum activists”, newly elected Labour councillor for the West End Pancho Lewis said: “They liked them enough to respond to our Get Out The Vote campaign, giving us more votes than the Tories. All this Momentum activist bashing is WAY off the mark. It’s called engaging your party membership.”

Labour won the popular vote in Swindon (where only a third of seats were up for grabs) – with a 10.2 point increase in support compared to four years ago – winning an extra councillor, and putting it in position to win the South Swindon parliamentary seat from the Tories at the next general election.

The richest borough in London (and one of the richest communities on Earth) has always been ruled by the Tories, and there hasn’t been any Labour campaigning in some areas for decades – but Labour won nearly 9,000 more votes than 2014. Labour’s share of the vote went from 33.2 per cent to 38.9 per cent, while the Tories fell from 66.8 per cent to 61.1 per cent. In the top two targets (which have never been Labour), the party’s vote surged by 68.4 per cent in Earl’s Court and 39.9 per cent in Chelsea Riverside.

In the wards that make up Kensington’s parliamentary constituency – which went from a 7,361 vote strong Tory majority in 2015 to a narrow 20 vote strong Labour majority in 2017 – Labour’s vote surged. “Big story here is that in 6 months we’ve turned no-go areas into competitive races,” one Labour activist told me. As Labour’s Kensington MP Emma Dent Coad put it, “without the support of Momentum… we never would have been pushing the Tories in places like Earl’s Court and Chelsea Riverside – which will now be Labour seats in 2022.”

Labour didn’t win Barnet, partly because many Jewish voters are angry, fearful and hurt by the Left’s anti-Semitic fringe, emphasising the need to redouble the war against anti-Semitism. There shouldn’t be the need for wake up calls, but here is another one. Yet even here, where Momentum campaigned, Labour’s vote share went up compared to 2014 – up 2.7 points – whilst the Tories benefited from the collapse of UKIP (who won 4.7 per cent in 2014 and 0.1 per cent this year).

Campaigning works. It is a counterweight to a press that is overwhelmingly supportive of the Tories, to a Tory party bankrolled by exceptionally wealthy vested interests. The Tories want to undermine Labour supporters’ faith in campaigning because they know it represents one of the greatest threats to their rule. That’s why Momentum is going to escalate its campaigning, expand its Unseat days, train up more activists – and it will be one of the main factors that makes Jeremy Corbyn Prime Minister and brings socialism to Britain.