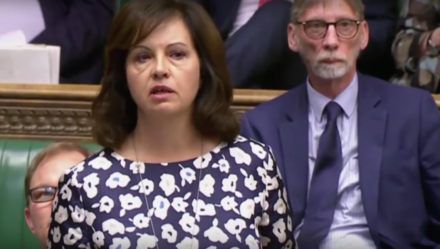 This is Caroline Flint’s full speech during a debate on the EEA amendment to the EU Withdrawal Bill.

Since the referendum, I’m afraid in this place and outside, the debate has often been polarised between hard-line Brexiteers, who feel we can walk away without a deal and walk off a cliff edge. And, I’m afraid to say, hard-line Remainers who do not accept the result of the referendum and do want to find whatever way possible to stay in. And that is why I am not supporting Amendment 51 today.

Because the central choice for parliament is whether we accept the outcome of the referendum and the Article 50 process, and agree that the UK leaves the European Union in March 2019. Or do we seek to subvert that process? And perhaps the Norway option – the European Economic Area – suits that purpose.

The EEA Agreement helped three small countries who could not persuade their people to adopt EU membership. Three countries who accepted having no say, in return for single market membership. Accepting the role of rule takers, not rule makers. Second class membership of the European Union.

Now much has been said about Michel Barnier this morning, saying he’ll give us the EEA plus the customs union. Of course he would! He’d bite the hand off the Prime Minister for this deal because, because apart from leaving with no deal, it is the worst deal for the United Kingdom.

The honourable lady said “shame”, and I’m afraid to say it is that sort of contribution to the debate that is unhelpful and divisive.

I believe that we do have to reach a consensus on the way ahead. I do believe we have to be close to the single market as possible. I do believe there should be a customs arrangement.  But I, also, importantly, recognise an overlooked issue for at least fifteen years, since we let the first A8 in, of immigration.

I am afraid she does not reflect that on behalf of her constituents on that [pointing to Tory MP Anna Soubry].

Labour MP Alison McGovern rose: “Can I just say to my Rt Hon friend, she and I may disagree but she is making an excellent speech and she is right in what she says about the tone of this debate. It must be done properly.”

I thank my Hon Friend because there will be a point when we leave the European Union when, on this side of the House, we have to work out what are our policies for the challenges that our country faces ahead, and I know that on those areas we will come together.

There is no precedent for a country the size of the UK leaving the European Union. It is new ground. It demands a new relationship. And that is not a replication of Norway.

The terms of EEA membership clearly do not allow the sort of changes to freedom of movement that some of my right honourable and honourable friends have suggested. The only provision affecting migration is the Liechtenstein solution, a temporary break on immigration in the event of an economic crisis. A provision for a country with a population half the size of my constituency, Don Valley.

This is not an adequate response to public concern to the lack of control the UK has had over EU migration since 2004. And I would say to my Hon friend from Streatham, there are many from the black and ethnic minority community who also voted Leave and who are concerned about free movement.

So to move forward, we cannot just cobble together an idea that the EEA amendment puts together. There has to be an end to freedom of movement, just as my friends on the frontbench have suggested and then, out of that, decide what kind of migration we want for the future.

And my constituents, who have been insulted – Leave constituents – day in, day out by some of the comments in this place and outside, are not against all migration. But they do want to have a sense that we can turn the tap on and off, when we choose. But also they want us to answer the question: why hasn’t Britain got the workforce we need?

Why has social mobility stopped? Why do we train fewer doctors per head than Holland or Ireland? And why are these jobs dominated by the middle and upper classes so my constituents don’t get a look in?

Mr Speaker, I will be voting for the Labour amendment because it seeks to delete the EEA option. It’s not perfect.

And if that is lost, I will vote against Amendment 51. And I urge this House to reject that amendment and begin to face up to the policy challenges of life after Brexit.

Caroline Flint is MP for Don Valley and a former Europe Minister.