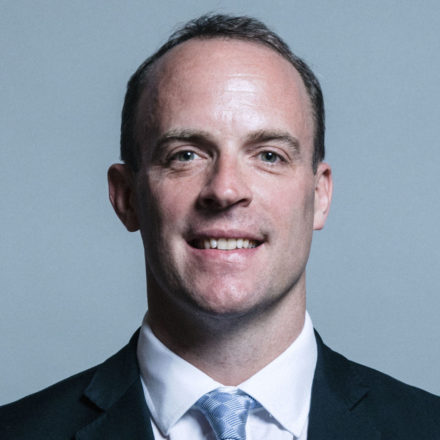 Although Raab is a prominent Brexiteer, his constituency Esher and Walton voted to Remain in the 2016 referendum by 58.4%.

His opposite number, Keir Starmer, commented: “Dominic Raab’s appointment to the Brexit Department changes nothing.

“The deep division at the heart of the Conservative Party has broken out in public and plunged this government into crisis.

“It is now clearer than ever that Theresa May does not have the authority to negotiate for Britain or deliver a Brexit deal that protects jobs and the economy.”

If Dominic Raab is as successful as Brexit Secretary as he was as Housing Minister, we will have a #PeoplesVote by Christmas.

At this time of political turmoil we need clear thinking, but Raab represents the very worst of hard Brexit ideology. Last year he made up that immigration pushed up “house prices up by something like 20%.” The country deserves better than this

Dominic Raab’s move means that Theresa May is already on her fourth housing minister in just two years as PM. Eight different housing ministers in eight years. No way to run a Government.

So much for fixing the housing crisis. With Dominic Raab promoted, we are about to get our 8th housing minister in 8 years. pic.twitter.com/iGJYbopWcs