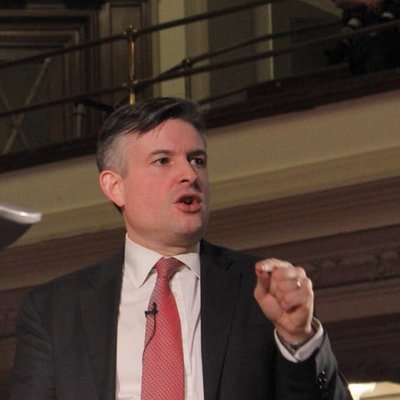 The NHS turns 70 this week. It remains Labour’s greatest ever achievement and the most powerful engine for social justice we have ever seen.

Its creation was neither inevitable nor uncontroversial. The Conservatives voted against it over 20 times in parliament and the Tory health spokesperson described the NHS Bill as “a fatal step from which there will be no going back”. A Tory opposing the NHS in the Lords even said: “To my mind, this bill saps the very foundations on which our national character has been built. It is another link in the chain which is binding us all to the machine of state” and warned the way in which the NHS was being introduced “may lead to civil war”. Let’s not shy away from reminding Tories they didn’t support the creation of Nye Bevan’s National Health Service!

70 years later, the NHS with its one million plus workforce stands as one of our most cherished institutions. The national debate can sometimes be dominated by the trading of raw statistics – 4 million on the growing waiting list, 2.5 million waiting in overcrowded A&Es, the 7.7 billion extra Labour would be spending next year – but every day our NHS affects every one of us in ways no numbers can capture. The joy and love when a baby is delivered into the world, the relief and thanks when illness cured, the comfort when our loved ones are tended to in their final moments. Every minute of every day, our NHS demonstrates sheer compassion in action.

That’s why around 50,000 of us marched the streets of London on Saturday demanding an end to the cuts, austerity and privatisation that have characterised the last eight years of Tory mismanagement of our NHS. Jeremy Corbyn and I were honoured to speak at the march alongside health campaigners, frontline NHS staff, union leaders and celebrities including Sally Lindsay and Ralf Little. And it’s why many of us marched again on Sunday in Tredegar, the birthplace of Bevan.

To recognise the immense Labour achievement in creating the NHS, it’s my pleasure to guest edit LabourList for the next five days – including this Thursday, when our NHS will enjoy its 70th birthday. I hope you enjoy reading the wide selection of contributors from across Labour and the NHS world as they offer provocative insights in the coming days.

We’re kicking off with our leader Jeremy Corbyn, who writes movingly and persuasively about the grotesque health inequalities that disfigure our society and why an assault on health inequalities will be a driving mission of the next Labour government.

Today John Healey and I announce our intention to more closely align health and housing policy for the modern era. Narrowing health inequalities demand a greater focus on improving child health and wellbeing outcomes too. In fact, I’ve gone so far as to say our ambition for the next Labour government must be for  our children to become the healthiest in the world.

The last Labour government was beginning to make progress on health inequalities but many of the initiatives it was pursuing were dropped by the Tories in 2010. Paul Corrigan, adviser to the last Labour government, sketches out an approach emphasising a renewed focus on early years. It’s a theme developed by perinatal clinical psychologist Dr Emma Svanberg, who writes about the absolute key importance of early years and the impact of years of Tory cuts.

Martina Kane of the Health Foundation looks beyond early childhood and asks how far we can guarantee a healthy and thriving society by providing young people with the building blocks for a healthy life. She describes the health of the next generation as our most valuable asset.

Finally, let me leave you with the stirring words of Bevan. Of the NHS, he said: “I believe it will lift the shadow from millions of homes. It will keep very many people alive who might otherwise be dead. It will be a great contribution towards the wellbeing of the common people of Great Britain.” How true.