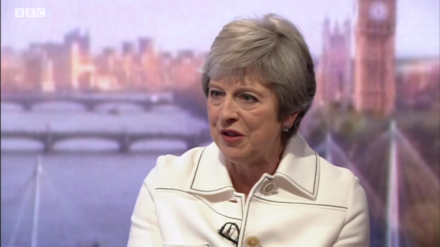 President Trump advised the Prime Minister to “sue the EU”, Theresa May revealed today on the BBC’s Andrew Marr Show.

Marr asked: “The whole country wants to know, Prime Minister: what was that brutal, tough suggestion?”

The PM says President Trump advised her to sue the EU. I’m not sure I’d take legal advice from a man whose relationship with the truth is tenuous, who has a disregard for basic human rights and who flouts the rules based liberal international order. #Marr

No10 will likely be pleased that Theresa May was given the opportunity to answer a question in a straightforward way, and also the chance to quash any suggestion promoted by Brexiteer Tory MPs that she should have listened to the US President’s advice.