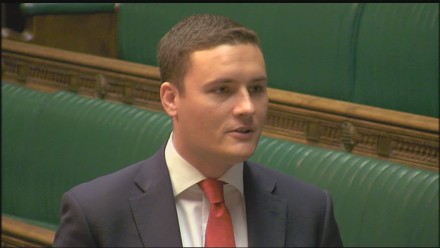 At Monday’s meeting of the Parliamentary Labour Party, I warned that three things would happen should the NEC fail to adopt the International Holocaust Remembrance Alliance (IHRA) definition of antisemitism including the full list of examples.

Firstly, Jeremy Corbyn would be denounced as an antisemite leading an antisemitic party. Secondly, Labour MPs like me would be accused of whipping up a row on antisemitism to undermine Jeremy Corbyn. Thirdly, the Jewish community would experience an antisemitic backlash by those accusing them of a politically motivated attack on the Labour Party. I warned that this would be a row that benefits precisely no one; a costly row that the party cannot afford, particularly at a time when the Tories are on the ropes. Every single one of those three predictions have come to pass.

I write for LabourList to explain to party members why this matters and why this should matter to each and every one of us. I write in good faith, but also with a combination of sorrow, anger and – frankly – desperation at this situation and where this leaves us as a political party. We know that antisemitism – hatred of Jews – is a problem within our society and it is on the rise. The Labour Party isn’t immune from it: there are well-documented examples of racism within our ranks and Jeremy Corbyn himself has acknowledged that we haven’t dealt with this as well as we should.

The IHRA definition is internationally recognised and highly regarded, used by governments and local authorities across the United Kingdom, the Police and the Crown Prosecution Service. It provides a framework to help us recognise antisemitism when it appears and therefore makes us better placed to tackle it.

The sticking point appears to have been concern that the IHRA definition stifles legitimate criticism of the state of Israel. My colleague, Richard Burden, outlined such concerns earlier this week. But as I said at the PLP on Monday, such concerns are misplaced. I say this as someone who speaks up in parliament against Israeli settlement expansion, the demolition of Palestinian homes, about the humanitarian crisis in Gaza, the treatment of Palestinians in the Israeli military courts and the existential threat posed to the prospect of a two-state solution by the policies of the present right-wing and extremist coalition governing Israel.

But what disturbs me more than anything else about this debate is the handling of it: by our leader, his most senior advisors responsible for strategy and communication, the general secretary of our party and the National Executive Committee. Only months ago, in an unprecedented demonstration of outrage, the Jewish community gathered outside parliament to say ‘enough is enough’. Crisis talks were held with the representative bodies of British Jewry – the Board of Deputies of British Jews and the Jewish Leadership Council – and the Community Security Trust, whose job it is to keep Jewish people safe.

Next question. If, having failed to properly consult these organisations, an NEC sub-committee passed a set of guidelines that provoked an outcry from these organisations, wouldn’t you have paused to reflect upon whether you’re getting this important and sensitive issue right? Wouldn’t you have considered consulting further before taking it to the full NEC for final decision? Wouldn’t an unprecedented letter signed by a group of rabbis from opposite – and often opposing – ends of the theological spectrum of Judaism have given cause for concern about whether Jewish people would have confidence in our guidelines?

Final question. If, having proceeded to the full NEC in spite of these cries of opposition, you received a letter from the Chief Rabbi telling you that passing these guidelines would send an “unprecedented message of contempt” towards British Jews, wouldn’t that give you grounds to stop this process in its tracks? Wouldn’t you have recognised that there is now no chance that these guidelines could rebuilt trust and confidence in our ability to tackle antisemitism?

I know there are some Jewish Labour members who support the party’s guidelines, reject the IHRA definition and have made it clear that the Board of Deputies, the JLC, the CST and the Jewish Labour Movement don’t speak for them. None of us can ever claim to speak for everyone. But do not for one moment labour under any misapprehension that these organisations are not representative of the vast majority of British Jews. The concerns they issued through their powerful statements are echoed in the conversations I have with Jewish parents on the school gates of Clore Tikva and Wohl Ilford Jewish Primary schools in my constituency, with the congregations at shuls across Redbridge and with the myriad groups that gather at Redbridge Jewish Community Centre. Their concerns were delivered bluntly at the ballot box in Barnet. And they are represented at the highest level by my Jewish colleagues in the Parliamentary Labour Party.

What did our leader, our general secretary and our NEC imagine would happen if they ploughed on without concern or regard for the representative bodies of British Jewry? I know members don’t want to see our party divided. I can’t tell you how hard many of us worked last week to try and resolve this before the NEC met. So, while it is inevitable that the #JC4PM Twitter mob will pile on MPs accusing us of sewing division, this is a row that none of us sought and all of us wanted to avoid.

The damage the NEC have inflicted on our credibility as an anti-racist political party is their responsibility and theirs alone. The ‘mood music’ was written by the leadership and the NEC, with some honourable exceptions, have acted as their orchestra. They cannot claim to have not understood the profound consequences of this decision. It appears they simply do not care. It is impossible to imagine that Labour’s leadership would treat any other community in this way. We stand accused of institutional antisemitism. All of us are tainted by this.

This presents us with a real dilemma. I understand why members are leaving, but I refuse to resign from the Labour Party. I’ve never believed that giving up is the best way to right a wrong. I believe in our party: our aims, our values and our history. I desperately want the Tories out and I want a Labour government. But I also genuinely fear how a Labour government in the present circumstances would treat the concerns of the majority of Britain’s Jews. This is an unconscionable position. The hard truth for party members is that there won’t be a Labour government unless people trust us to tackle antisemitism and so long as people at the top of the party show so little care for our reputation on this issue.

Before the Jewish community gives the party a hearing, they need to see action. Here’s what the leadership of our party needs to do in short order:

Things can get worse than this. It is time for our leadership to decide whether they really want to be in government and, if they do, to start acting like it.

Wes Streeting is Labour MP for Ilford North and co-chair of the All Party Parliamentary Group for British Jews.

Wes Streeting is the Labour MP for Ilford North and Shadow Secretary of State for Health and Social Care.