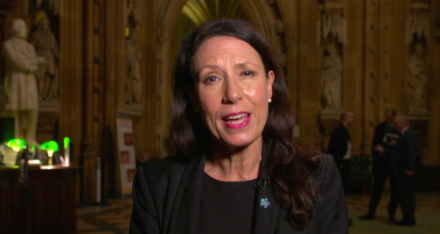 This week’s report from the Chartered Institute for Personnel Development (CIPD) and the High Pay Centre revealed that executive pay for 2017 is not only growing at 11%, well above average worker pay increases of 2%, but that the ratio of mean CEO pay to all employees’ pay has increased from 128:1 in 2016 to more than 145:1 last year. Although this isn’t the only measure of socioeconomic inequalities in the UK, it’s a significant one.

In May, the Equality Trust published analysis of the wealth of the richest 1,000 people in the UK (£724bn), which is greater than the poorest 40% at £567bn. This privileged 1,000 saw their income increase by £66bn in one year alone, and £255bn over the last 5 years. At the same time, we’re seeing unprecedented levels of poverty, with projections that poverty levels for children and disabled people in particular will continue to rise.

The recent Equalities and Human Rights Commission report has revealed that the poorest tenth of households will on average lose about 10% of their income by 2022 – equivalent to £1 in every £8 of net income. This reflects other distributional analyses, for example from the Institute of Fiscal Studies.

All of this needs to be seen in the context of last week’s announcement that after decades of rising life expectancy, how long we can expect to live is now stalling. For women, the gap is the largest since the 1920s. For older women, life expectancy is actually reversing. The data also indicates that deprived areas, where people on low incomes are most likely to live, also have lower life expectancy rates. While the USA and some European countries are seeing this life expectancy slow down, it is worst in the UK. Interestingly, this doesn’t appear to be a developed country phenomena as Japan, Norway, Sweden, Finland and Denmark have all seen continuing increases in life expectancy.

This stalling in life expectancy hasn’t escaped the notice of actuaries. PriceWaterhouseCoopers estimates that a “sharp slowdown in the improvement to life expectancy could wipe £310bn from the pension deficits of thousands of UK companies with final salary schemes”, equivalent to a 15% reduction. The government’s response has been to increase the state pension age for everyone – but it has particularly and punitively pushed back state retirement age for women born in the 1950s.

There is overwhelming evidence of the impact of inequalities in income and wealth on life expectancy. Our health and longevity depend on how and where we are able to live, which in turn depends on our financial means, but on top of this, there is an independent and universal effect that reflects our positions in a hierarchy: our ‘class’, status and relative power. Seminal work such as the Spirit Level shows that in societies where the gaps between rich and poor are narrow, life expectancy, educational attainment, social mobility and trust are higher. Wilkinson’s and Pickett’s most recent work, The Inner Level, shows how more equal societies also reduce stress and improve everyone’s wellbeing. Fairer, more equal societies benefit everyone.

More equal societies see economic benefits as described by the International Monetary Fund. The impact of inequalities on a society’s attitudes and beliefs, including the rise of right-wing as well as fundamentalist ideologies, cannot be underestimated. For example, how inequalities have affected “left behind” communities and attitudes to the EU needs consideration. As does the relationship of widening inequalities in income, wealth and power with global 24/7 broadcast and social media.

Inequalities are not inevitable: they are socially reproduced, and they can be changed. As well as fiscal and social policy underpinned by a drive for greater equity, we need to empower people, enabling them to have more influence and control over their lives. This calls for political will and leadership, not soundbites.