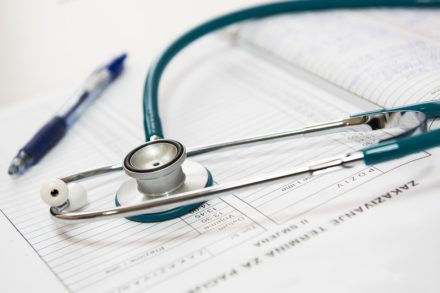 The year is 2024. A decade ago, you presented at London’s Royal Free Hospital A&E with a broken ankle. In the painful queue at the reception desk, you completed the paperwork they gave you. You’d been here before; you knew the drill. A few signatures here, a few ticks there, and you are admitted for triaging. It doesn’t matter that the doctor you’re seeing now has access to a record of the last time you were here, when you had a miscarriage. The Royal Free is an NHS Trust, and it exists primarily to serve patients. You trust the Royal Free.

The year is 2024. Today, Google announces its latest product; using artificial intelligence (AI), the software promises to diagnose – with 99% accuracy – all of the 100 most common conditions seen in A&E rooms across the country in a tenth of the time it takes clinicians. To develop the product, Google’s algorithms used the medical records of 1.6m patients who visited the Royal Free between 2011 and 2016, in a commercial agreement reached on the basis that the raw data would be used solely for the development of an app that could help doctors diagnose acute kidney injury. The new software is celebrated in the media and around the world. It will save lives, free up the time of frontline staff, and reduce waiting times. But it comes at a cost.

The year is 2024. Despite being developed using NHS data, Google has created a product that the NHS cannot afford. Trusts face two choices: forget the software and allow the patients of private healthcare companies to reap the life-saving benefits, to the indignation of a PR-fuelled media and its public audience; or make cuts to other services to buy the software. Either way, as the sole proprietor of this unique product’s algorithms, Google will make a hefty profit.

The story above may sound hyperbolic, dystopian even. But it is exactly what some health data experts believe could happen as a result of the commercial partnership established between Google’s subsidiary DeepMind and the Royal Free Hospital in 2015. And despite coming under intense scrutiny from the science community and the Government’s National Data Guardian, who deemed the deal ‘inappropriate’ at the time, the Government has yet to introduce legally enforceable regulation to ensure that future commercial partnerships between technology companies and the NHS do not enable the interests of profit to come before those of patients.

It is in this context that the Labour Party must get smart about the role of new technologies in healthcare, how they are regulated, how patient data is used, and ultimately which patients even have access to them in the end. Without robust policies in this necessarily complex area, the party is handing Government a free pass to transform the NHS in ways that may not be in patients’ interests.

In his first week as Health and Social Care Secretary, Matt Hancock made clear his ambitions to improve technology within the NHS. On the face of it, this is a welcome commitment; a Freedom of Information request by the Labour Party revealed recently that many NHS Trusts are relying on decades-old medical equipment. But we should assume – as the technology industry did following Hancock’s promotion in July – that the commitment to such improvements in the NHS will include a proliferation of new, underregulated commercial partnerships with companies that are unaccountable and that use the data they are given in ways patients have not consented to.

The regulatory challenges we face in this brave new healthcare landscape extend beyond financial structures into the viability of the new technologies themselves. The processes that are currently used to license, assess and appraise devices for use in the NHS were developed before a time when AI and so-called ‘big data’ were useful in everyday healthcare. In short, they are unfit for an age when FitBits are ubiquitous (and collect data that the company aggregates and sells), when AI can detect cancer and arrhythmias can be monitored on a device linked to your iPhone. As the Advertising Standards Authority’s investigation into the ‘contraception app’ Natural Cycles indicates, without effective evaluation, even apps can have adverse side effects – in this case, unwanted pregnancies.

Ultimately, it is no longer enough to simply rebut Tory health policies and funding cuts with a chorus of “Save The NHS!” The entrenchment of commercial interests in the NHS through under regulated data-sharing and technology partnerships will render any Labour government increase in NHS funding futile in the long-term. As patients and as a public, we should be excited about the potential for new technologies to improve health, to save lives and to maintain the NHS’s position as a global leader in healthcare. But in the future, there simply won’t be an NHS – at least as we know it – unless the partnerships established today to develop new technologies are regulated to ensure the NHS and the public retain control over patient data and to prevent dominance of monopolistic commercial interests.

Rosie Col is a Labour Party activist who works in health technologies policy.

View all articles by Rosie Col