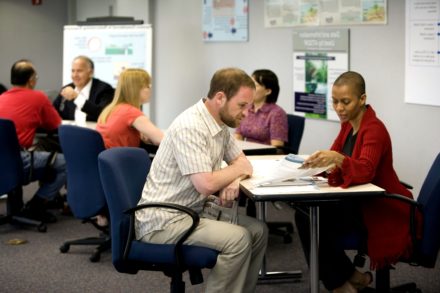 John McDonnell has announced that Labour may include a trial of Universal Basic Income (UBI) in the next Labour Party Manifesto. UBI – state provision of unconditional monthly stipends to all adult citizens – has been justified on myriad grounds: citizenship, welfare reform, growth. However, its biggest and, as yet, unexplored contribution may be to physical health and it is essential that any trial is able to measure that effect in very specific ways.

Some of our research on UBI took place through an international, interdisciplinary, participatory study entitled ‘A Cross-cultural Working Group on “Good Culture” and Precariousness’, which involved a research network of more than 30 academics and led to research exchanges between Ian Lavery MP’s Wansbeck constituency and Aboriginal groups around Brisbane.

Our research indicates that UBI may have a revolutionary effect on stress among those in and out of work, raising health and, potentially, productivity in the process.

The need for such policy is pressing as we are facing a crisis of stress. Psychologically, in 2016/17 stress was found to be responsible for 40% of all work-related cases of, and 49% of all working days lost due to, ill-health. Physiologically, in 2012, stress-related long-term health conditions affected a quarter of all people in England – some 15 million – through such conditions as heart disease, stroke, cancer, type 2 diabetes, arthritis and depression. Caring for patients with long-term conditions accounted for 70% of NHS England’s spend, representing 50% of all GP appointments, 64% of outpatient appointments and 70% of all inpatient bed days.

To deal with this crisis, we must first understand the link between stress and ill-health. The stress response ensures that your mind and body are primed to be able to deal with bacterial, viral, physically traumatic and even social threats to your existence. Through a cascade of hormone release and biological effects, stress bolsters your immune system, sharpens your reactions and helps you fight or flee these threats. The same system then ensures that your body, and especially your immune system, returns to balance. However, when stress is chronic – ongoing, intense and without space for restoration of balance – the system designed to protect you can instead cause significant damage. While the mechanism is debated, it is almost universally accepted that stress contributes to such breadth of conditions as colds and heart disease.

Traditionally, the stimuli for stress would be primal and containable, like sprinting away from a wolf mistaken for a deer when hunting. Today, in most industrialised countries, the threat comes not from other animals or direct warfare, but from phenomena more pervasive, consistent and complex to resolve – perceived threats to employment and, through destitution, life.

Received opinion suggests that the more senior in an organisational hierarchy, the higher the level of stress due to increased ‘responsibility’. The reality is different. The Whitehall Study of civil servants found that, as position within the hierarchy decreased, physiological measures of stress increased. This correlated with an increased risk of cardiovascular disease. This social health gradient occurs even when individuals are removed from objective poverty – the subjective nature of individuals’ evaluation of their position in a hierarchy still has an effect.

The cause of stress in these circumstances is what the republican political philosopher, Philip Pettit, has termed ‘domination’: being subject to arbitrary decisions of others made without reference to the interests of those affected by the decisions.

Neoliberal reforms aimed at promoting labour flexibility and productivity have exacerbated this condition. As Guy Standing has argued, employees often ‘lack the capacity to claim or enforce rights, or fear that the act of asserting a right would have a high probability of retributive consequences or disastrous costs’. In the UK, appeals to Employment Tribunals are lengthy, costly and uncertain; while employees dismissed on the grounds of ‘misconduct’ are subject to benefits sanctions, precluding access to Jobseekers Allowance for a minimum of 13 weeks. This is quite aside from the social death experienced through exclusion from work.

It is no coincidence that, at a time of increasing and stark inequality, such as that highlighted by the recent BBC Panorama investigation, that we face a crisis of stress-related ill-health. Individuals who are dominated cannot ever relax their guard; they must always adopt tactics to uphold their interests, no matter how demeaning or unnatural those tactics may appear. The #MeToo movement speaks precisely to this.

To deal with the medical crisis, we must address its social basis by promoting what Pettit terms ‘freedom as nondomination’, in which no individual has ‘the capacity to interfere in another’s affairs on an arbitrary basis’. We need to enable individuals to say ‘no’ to acts that run contrary to their interests.

Historically, trade unions and other institutions performed this function. Today, Labour is right to explore the potential of UBI. The approach seeks to ensure that no citizen falls below the poverty line, enhancing the ability of employees to refuse arbitrary, intolerable managerial demands and resign positions if those demands persist.

While debate on UBI often returns to cost, the prospective benefits and savings fostered by promoting health have not fully been explored. However it is funded, such as through a flat tax, its benefit in addressing the wellbeing issues of 6.5% of the UK population at risk of persistent poverty and, vitally, the 15m people affected by long-term stress-related illness, offers potential for reducing NHS burdens (albeit with attendant increases in lifespan) and increasing workplace productivity by reducing sick-leave. This is in addition to the savings created by removing other benefits and streamlining bureaucracies.

For this reason, we call on Labour’s UBI trial to measure, for the first time, physiological indications of stress, particularly among those in work.

Dr Matthew Johnson is a Labour member and senior lecturer in Politics at Lancaster University. Elliott Johnson is a disability researcher.

As authors and Labour members, we are keen to receive comments on the public health justification for UBI. Guy Standing has asked that the following note preface this request for comment:

“I have been asked by John McDonnell to prepare the report on piloting basic income, drawing on my recent book ‘Basic Income: And how we can make it happen’. I am trying to ensure that all points of view are taken into account, but obviously start from the premise that a progressive movement should wish to ensure everybody has a life of basic economic security and can pursue a dignifying work-based life. Those who contribute comments or send emails are asked to avoid sarcasm or insults. We surely begin with the knowledge that across Britain today huge numbers of people are suffering degrading insecurity and impoverishment as a result of almost nine years of austerity.”