Next month, The World Transformed will be welcoming Jean-Luc Mélenchon to speak at its Labour conference fringe. The French politician who inspired the European left with his radical campaign for the presidency in 2017 won more than seven million votes. Since then, despite only commanding 17 MPs in the National Assembly, Mélenchon has emerged as the main resistance to the neoliberal ‘Jupiterian’ presidency of Emmanuel Macron.

The socialist veteran will appear alongside Labour shadow cabinet member Jon Trickett in one of the headline acts of our four-day festival of politics, art and music that has become a mainstay of party conference.

Comparisons abound between Mélenchon and Jeremy Corbyn. After the Corbyn surge of the 2017 election, one French magazine termed the Labour leader a ‘British Mélenchon’. Both are, of course, older white men leading a resurgent left in their respective countries. They are fellow socialist travellers across the channel – both were marginalised as neoliberalism took hold of their parties, with Corbyn emerging from the ashes in 2015, and Mélenchon quitting the Socialist Party (PS) in 2008 to form a new left, now in the ascendancy.

But the real reason for Mélenchon’s invitation to TWT is not because he is Corbyn mark 2. No, it is for the same reason that TWT is happening in the first place: as part of a democratic socialist project to shift power towards the people. The fundamental truth about the two men’s successes is that it’s not about them. It’s about what they, and TWT, represent: the left taking hold of the future.

This was encapsulated by their 2017 manifestos. It was Corbyn’s left-wing programme of nationalisation, abolishing tuition fees and improving workers’ rights that precipitated his astonishing rise in the polls. Mélenchon’s similarly dizzying rise stemmed from the bold manifesto, L’Avenir en Commun (A Shared Future), which he put forward with his party La France Insoumise (FI).

It was the promise of a Sixth Republic, based on the principles of justice and democracy, which saw young and old flock to Mélenchon’s campaign. Likewise, Corbyn promised a constitutional convention as part of his quiet political revolution. Both seek to distribute power to the people.

Shifts in political power will, however, achieve little without an attendant transfer in economic power. The resurgent left is based above all on one thing: the return of class to politics. As Corbyn put it in a speech last month, Labour is back as the party of the working class. Mélenchon was at the heart of recent protests against Macron’s zombie neoliberal ‘reforms’ targeting the once-powerful French public sector (particularly rail workers). Both would repeal restrictive trade union laws, move to protect people from precarity and rebuild national industry following the ravages of neoliberalism.

Our alternative is predicated on the return of the social good, of public services run by and for the people. Socialist projects in the UK and in France aim to reverse the waves of privatisation pursued by right and left parties since the 1980s. Water, rail and energy are slated for nationalisation.

Here Labour is going beyond Mélenchon’s FI. In offering regional public water companies and community-run energy systems, Labour is recognising that the historical conditions for statist social democracy no longer exist. Instead, it is building a new kind of socialism – a fusion of the state and local communities. This is the political space TWT occupies, building power on the ground while transforming Labour. As the title of one session led by John McDonnell suggests, we are both “In and Against the State”. Together, we’re inventing the future.

But we can’t do it on our own in Britain. Without support from across Europe and beyond, a left government – whether led by Corbyn or Mélenchon – won’t be able to survive. Capitalism and its accompanying climate breakdown are not limited to one country – our response can’t be either. With speakers from over 25 countries, ranging from the leader of the German Linke, Katja Kipping, to a delegation of indigenous leaders from the Kayapó community in Brazilian Amazonia, TWT2018 will be a space where the international left comes together to share ideas and practices and build crucial links of solidarity.

Corbyn’s Labour is a shining beacon to the left, in Europe and beyond. As parties across Europe, including the PS, suffer from Pasokification, a resurgent Labour demonstrates the need for a strong, socialist alternative to a decaying neoliberalism.

Mélenchon’s presence is not simply a result of similarities between him and Corbyn. It is a sign of a rising internationalist left building socialism from the grassroots. In learning from and debating with one another, as TWT allows us to do, we can help build a world for the many, not the few.

Angus Satow is an organiser for The World Transformed.

Tickets and programme information for The World Transformed can be found here: theworldtransformed.org. 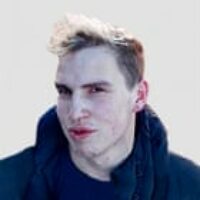 View all articles by Angus Satow