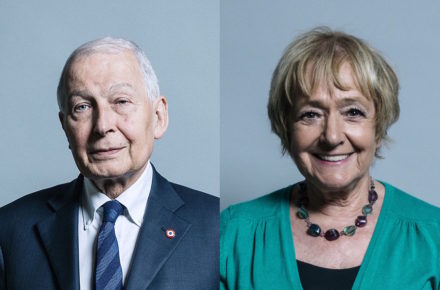 Frank Field and Margaret Hodge are both wrong. Like them, I have had my doubts about the current leadership. Just as I had them about Ed Miliband, Gordon Brown, Tony Blair and, as I have been around for quite a long time, several of their predecessors stretching back to Harold Wilson. I’m sure even Clem Attlee had his faults.

Yet, to sow dissent and plot, as Margaret Hodge is doing, or to throw his toys out of the pram, as Frank Field has done, is a betrayal of what they profess to believe in. When Jeremy Corbyn won the second leadership election, and then massively overachieved expectations in last year’s general election, he won the right to remain unchallenged as leader for as long as he wants.

I, like many others who want to see a Labour government more than anything, recognise that at this point in time only Jeremy Corbyn can deliver it. Of course there have been mistakes. No one could argue that the antisemitism row has been well-handled. It could and should have been nipped in the bud with far more engagement with the Jewish community and a recognition that errors had been made.

Take, for example, the summer row over the wreath-laying. Given it was in a cemetery with lots of people buried there, the truth of the matter was that Jeremy probably had no idea of precisely where the wreath was being laid. If only his press team had been brave enough to put out something like: ‘Jeremy Corbyn has condemned the Munich terrorist attack and those who carried it out. Under no circumstances would he knowingly have laid a wreath on the graves of those who perpetrated it.’ The right-wing press might have tried to keep the story going but that would have killed it for the more neutral broadcast media.

While there have been blunders, no one can seriously put out the idea that Jeremy or any of the people around him actually set out to demean Jews or to act in a racist way against them. Former chief rabbi Jonathan Sacks rather gave the game away when he said that Jeremy was using the word Zionist as code for Jew – no, he is not.

On Tuesday, for several hours, BBC News led on the day’s planned discussion at the NEC of whether to accept the full text of the International Holocaust Remembrance Alliance definition on antisemitism. In the scheme of things, when we are seeing the country falling apart over Brexit, important events in the Middle East, Trump struggling in the US and huge domestic issues such as social care and the crisis in the NHS, is that really the most important item of the day, or indeed any day? Of course not. There is no doubt the issue is being used by some right-wing interests against Labour. And people like Field and Hodge have fallen into the trap, allowing themselves to be exploited by those same people. Why did they not, instead, try to have it out with the Labour leadership in private?

It is not surprising that many Labour supporters are bemused by the whole series of events. The recognition of the IHRA text by the NEC is a step in the right direction, but yet again it has been made less clear by the insistence there had to be a statement accompanying it. Why bother? It only gives ammunition to those who are out to get us. We must move on – and Hodge and Field need to grow up.