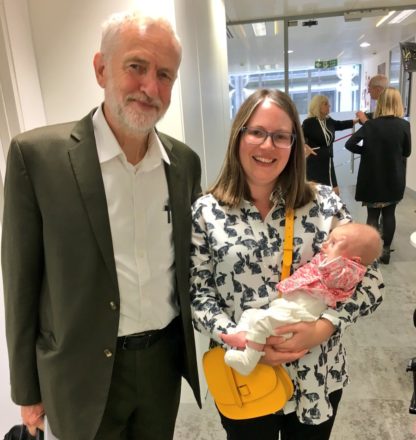 The Labour NEC meeting on 18th September discussed matters relating to the 2018 Labour Party Conference, the Democracy Review and including rule changes to be voted on by delegates.

The 2018 Labour Party conference will be one of the biggest ever, with over 1,600 delegates registered to attend and over 5,000 party members attending in other capacities. In total, over 13,000 people have registered to attend. This year’s conference has exceeded all financial targets. Money generated can be invested in fighting elections and community organising.

I had the honour of being one of last year’s conference chairs. It was an amazing experience chairing such a well-attended, enthusiastic conference. The record number of delegates did create some logistical issues: many delegates wanted to speak in debates and were disappointed. Despite efforts to create more time for members to debate, realistically only a small percentage of those wanting to speak could be called. The NEC noted that preference this year should be given to speakers not waving inflatable parrots and other novelty items. Work has also been done to make conference more accessible and disability-friendly.

The NEC discussed potential rule changes. Some changes were agreed, some matters deferred until the next NEC meeting on Saturday and other more complex changes were deferred for further review next year.

The first sections covered members’ rights and local structures. This included how long people should be members before they can stand for election, vote in selections or vote in internal elections. It was agreed that CLPs should hold at least 8 meetings a year for their members. These meetings can include socials and policy events. The NEC will review membership fees and discounts.

There will be a review of local government in 2019 so all the proposed rule changes will be considered and worked on over the next year with a view to bringing them to 2019 conference. There is consensus on the NEC to move from LCFs back to LGCs but there is a lot of important detail to discuss, including how the LGCs are constituted and what powers they have. The local government review will include councillors, trade unions, members and other key stakeholders. I look forward to working with colleagues on this review.

After over seven hours I had to leave the meeting as I had my baby with me. She seemed to enjoy the meeting, got lots of cuddles and attention and happily ate and snoozed her way through proceedings. Leaving two hours early (shortly after the local government section was discussed), I missed the remaining discussions about policy and conference. How Labour elections its leader will be discussed at the NEC meeting on Saturday.

The meeting also discussed other matters, including:

The review of parliamentary boundaries will he voted on by MPs. Labour are making necessary organisational preparations should the legislation be voted through. A paper on this will be discussed at the next NEC meetings.

The NEC unanimously approved the changes to the PLP standing orders to adopt the IHRA definition of antisemitism.

Labour currently has around 550,000 members and is one of the largest political parties in Europe. Membership has been stable over the past year. Work is taking place to engage members and encourage people to renew their membership.