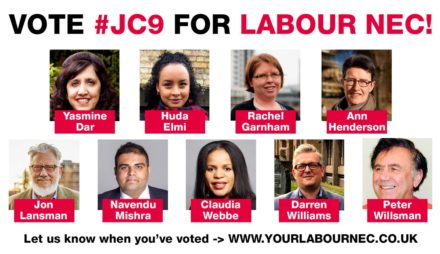 The full Corbynite slate – termed the #JC9 – has been elected to represent local parties on Labour’s ruling body.

The results constitute a significant victory for the Corbynite left of the party – particularly as the successful candidates include Peter Willsman, whose Momentum endorsement was dropped after a leaked recording revealed he angrily doubted the existence of antisemitism within Labour at an NEC meeting.

Willsman was ultimately endorsed by the Campaign for Labour Party Democracy (CLPD) and the Centre-Left Grassroots Alliance (CLGA), which are considered by some Corbynite activists to be to the left of Momentum.

After the scandal over the recording published by the Jewish Chronicle and without Momentum’s backing, activists on the Corbynite soft left as well as the Corbynsceptic wing of the party hoped Ann Black would take up the ninth NEC place.

THE RESULTS IN FULL: