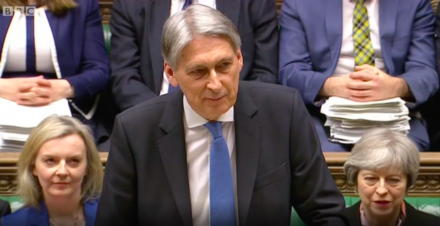 Philip Hammond will today deliver a budget already guaranteed to disappoint anyone who took Theresa May’s ‘austerity is over’ Tory conference promise at face value, and confirm the compelling attacks launched by Labour over the last few weeks. The Tories still aren’t sure of their message: yesterday the Chancellor basically admitted any relaxation of austerity would come in next year’s spending review, not now, but on his media round this morning health spokesman Matt Hancock told Sky News austerity would end today.

Why, then, a premature curtain call for cuts? We can only conclude that the Prime Minister, aware of a dramatic fall in any political profits austerity might once have offered, had no ideas and was forced to say something, anything, to sweeten her relentlessly bitter pill. Unfortunately for Hammond, she has dug herself out of a hole several times before by pre-releasing budget news, so the big-ticket items – £20bn for the NHS and a continuing freeze on fuel duty – are old fish and chip paper and can’t make headlines this week. And to avoid Halloween headlines, the budget is being delivered on a Monday, not Wednesday – which means Jeremy Corbyn can have another pop at Hammond’s plans during PMQs.

One of the key spending promises expected is a £2bn boost for mental health services. But this is not new funding – it’s coming out of the already-promised £20bn for the NHS. Plus, the Institute for Public Policy Research (IPPR) has already told us that to make real progress, £4bn – double – is needed to tackle the aim of reaching parity of esteem between mental and physical health.

And how helpful is that inadequate funding boost when the government’s policies are actively harming the mental health of people in this country? In his media appearances on Sunday, John McDonnell made it clear that what the Tories do about the damaging Universal Credit roll-out is the real test of the budget. Labour has issued ten emergency demands, all of which appear straight-forward and reasonable:

Unless they are met, Corbyn can rightfully and effectively highlight – in McDonnell’s words – the Chancellor’s “callous complacency”.