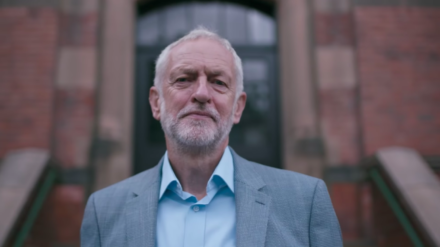 At the launch of Labour Digital’s technology innovation competition, Darren Jones MP set out his “answer to globalisation” in a speech published by LabourList. He criticised Labour’s renationalisation programme, which he sees as a nostalgic retreat from technological progress. Nationalisation, he said, is “the wrong answer to globalisation”, adding: “Trying to drag the world back to the good old days will result in a failure to revitalise our politics and our institutions to be ready for the future.”

The appeal for policymakers to contend with the rise of new technologies is welcome, as is the assertion made by Jones that “looking inwards” will not redress the devastation caused by globalised capital. But by conflating ‘nationalisation’ and ‘nationalism’, Jones turns his sensible critique of the latter into a confused dismissal of the former.

There is little basis for the assertion that public ownership entails a fantasy of the motherland. From the Second International to Nordic social democracy, there are countless left traditions that support state services and reject toxic nationalism. Conversely, it is the right that has often melded the interests of private finance with national pride. During World War One, for example, European socialists saw that chauvinism was mobilised by the bourgeoisie to extend capital across international borders: militaristic attachment to one’s nation perpetuated this early form of globalisation, rather than restricting it.

To equate progressive economics with regressive xenophobia is just as unfounded in modern Britain, whose most prominent nationalists – the Rees-Moggs, Johnsons and Farages – are also neoliberal globalists. For them, the ‘British dream’ facilitates the free flow of capital (while obstructing the free movement of people). Their rhetoric of patriotism pushes privatisation and deregulation, not socialised industry.

If Jones’ equation of public ownership and parochialism doesn’t withstand scrutiny, neither does his faith in the private sector. He moves from the legitimate claim that we must “globalise our politics… Because all of our macro problems today are global, and can’t be fixed by any one nation state alone” to a declaration that market-led “investment and innovation” is the only viable economic model. Here, the assumption is that multilateral cooperation and international finance are inseparable – a strange position, given the tendency of Western multinationals to exacerbate global tensions by exploiting resources and driving inequality.

In the words of economist Jacques Fontanel: “If globalisation gives more and more money to the owners and less and less to the workers, more and more for some nations and less and less (relatively) to others, the occasions of conflict grow: social conflicts and political conflicts”. We should therefore recognise that collaboration on ‘macro problems’ is undermined by a global system that sows political division and protects corporate interests – interests that, incidentally, often serve to aggravate these ‘macro problems’.

Jones claims that one such problem is climate change, whose global scale requires a transnational response. I agree. But his contention that a nationalised economy cannot be a green one is unconvincing. Surely industry that is collectively owned, carefully planned and democratically accountable can serve the environment better than profit-driven enterprise. ‘Investment and innovation’ are only worthwhile if they bring some social and ecological benefit, instead of merely generating private wealth. Hence the report by John McDonnell’s office, which notes: “Achieving critical national policy objectives such as modernising infrastructure, providing decent health and social care and combatting climate change all require a long term strategic approach that is incompatible with commercial considerations. These are areas where private capital, driven by short term profit and revenue maximisation, is inappropriate and unwilling without massive public subsidy.”

The task, then, is to use national economic policy to advance an internationalist agenda. A Labour government should pass control of our industry to the public, but it should also understand that our industry is not exclusively ‘ours’ – that its management should be compatible with the global aims of combatting environmental breakdown and building solidarity with the oppressed. To confront this challenge, we must abandon Jones’s spurious links between nationalisation and the nation on the one hand, and international cooperation and globalisation on the other.

View all articles by Oliver Eagleton