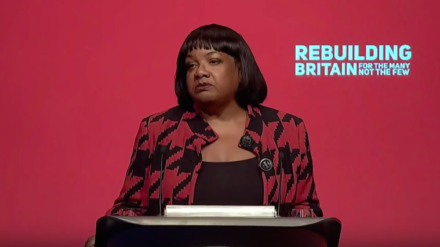 As the Tory crisis rumbles on, a general election could be on the cards. It is worth looking, then, at the lessons of the recent American mid-term elections. The first thing to say is that, despite the spin, Donald Trump actually lost the midterm elections. He ran on an anti-abortion and anti-immigrant ticket. One of his own supporters called it a platform of “Kavanaugh and caravan”. That he lost the popular vote by some margin tells us something quite encouraging about modern US society and politics.

The simple fact that Trump lost the midterms quite decisively is disputed. It is important to the President’s supporters and others to obscure that fact. But Trump lost the popular vote by over 7%, as the always meticulous Nate Silver shows on his blog. He is now a two-time loser in terms of popular votes, having lost the popular vote in the 2016 Presidential race by just under 3 million votes, i.e. just over 2%. The 2018 mid-terms sharply widened that gap.

But in both the mid-terms and the Presidential race, popular votes do not automatically translate into election victories. In the Senate and the Electoral College, disproportionate weight is given to small, largely rural states, while much larger states with mainly urban and suburban populations are underweighted. At the extreme, Wyoming with a population of less than a million has the same two seats in the Senate as California, with almost 40 million.

The coalition against Trump was a formidable one, and in large part his own creation. The President’s strong signal of support to anti-abortionists with the appointment of Brett Kavanaugh to the Supreme Court, and his dismissal of allegations of sexual assault, have seen a disastrous slump in support among women.

The gender gap was huge in the 2018 midterms at 23%. One the face of it, this is a modest advance over 2016, when it was 22%. But men swung to the Democrats by 8% in 2018, and women outdid them by a percentage point. As usual, both Black and Hispanic voters went strongly in favour of the Democrats, but they may also have been more enthused to turnout in 2018, despite widespread reports of voter suppression in their locales.

The big issues that dominated the election were clearly healthcare, immigration, the economy and gun control. According to Trump supporters, all of these issues should have played well for them. But, given the size of the swing, it is doubtful any of them did.

Healthcare is such a big issue now that it will prove very difficult for Trump to make good on his promise to repeal the Affordable Care Act (‘Obamacare’). Instead, three Republican-inclined states supported ballot measures to expand Medicaid. Republicans’ Trump card was supposed to be his vicious anti-immigration stance – but it failed. 46% of voters say the immigration stance is “too tough”, with only 17% saying the stance was “not tough enough”. The bombast about the economy is belied for ordinary voters, as median real wages have barely risen during Trump’s first two years in office. And campaigners for gun control have forced this issue up the agenda after a torrent of mass shootings, mobilising a long-standing majority of public opinion for at least some restrictions.

Trump lost while pursuing a reactionary agenda. It remains to be seen whether the Democrats can press home their advantage in 2020. What lessons can we draw here? It would be foolish to draw an equals sign between Theresa May and Donald Trump. The British Prime Minister claims to be against burning injustices and to have ended austerity, even if that is while deporting our own citizens and rolling out Universal Credit. But without Trump’s bombast, we cannot rely on voters simply being repelled by their own government.

Instead, we have a bold, positive agenda to improve people’s lives and living standards. Labour is setting out a comprehensive plan to tackle injustice and end austerity. And the Tories are coming onto our ground, at least in their rhetoric.

We are setting the agenda, and whoever does that wins. Just as we can never and should never try to outdo the Tories on anti-immigration, they cannot outdo us on benefitting all workers and the poor, tackling injustice and being consistent advocates for peace. The more they try, the more we should stick to our own agenda. With that approach and under Jeremy Corbyn, we can win the next election whenever it comes.

Diane Abbott is Shadow Home Secretary and has been the MP for Hackney North and Stoke Newington since 1987.