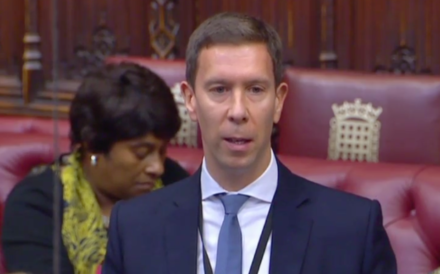 During the referendum, Brexit supporters claimed leaving the EU would be the “easiest deal in history”. They promised we would continue to enjoy “the exact same benefits” as being in the EU. They promised huge new trade deals around the world. And they promised no ongoing role for the European Court of Justice, and that we would no longer follow EU rules or pay into the EU budget.

This deal shows that every single one of those promises will now be broken. Not because the government won’t keep them, but because those promises cannot be kept. What the outcome of these negotiations proves is there is no form of Brexit that can ever deliver on the Brexiteers’ claims. Whether it’s a so-called Super Canada Brexit, or the oxymoron of a jobs-first Brexit, the reality is the same – either we protect our economy through a close relationship with the EU, in which case we align with their rules, or we diverge from their rules, in which case we significantly damage our economic prospects.

That has been the choice from day one, and it remains the choice now. It is perhaps the greatest failing of the Prime Minister that she has never had the courage to be honest about this fundamental choice. Her proposed agreement now delivers the exact opposite of what was promised. Under her deal, the UK would lose all the benefits we now enjoy as an EU member – with less trade, fewer opportunities and lower living standards – while we suffer the biggest loss of sovereignty and control in British history.

We were told that Brexit was about ‘taking back control’, but the reality is the reverse: we’ll continue to follow EU rules, except now we’ll have no say over how they’re made. This deal is a humiliation for the UK. I have always believed that to leave the EU would be a terrible mistake for our economic strength and for our standing in the world. I argued in this House against triggering Article 50 when the government chose to do so, because I feared the Prime Minister’s red lines made this disastrous outcome inevitable. And I cannot support this deal because it is clearly a far worse deal than the one we already have as a member of the EU.

The former Brexit Secretary David Davis once claimed there would be “no downside to Brexit”. Yet this deal means an end to frictionless trade with our largest trading partner – creating delays, interruptions of supply chains, and extra costs for industries such as carmakers. By taking us out of the single market, it completely sells out our fastest growing service sector – over 80% of our economy – on which our future prosperity depends. It leaves us outside of the Common Commercial Policy, meaning we lose access to free trade deals with over 40 countries around the world, even during the transition. And by ending freedom of movement, British people lose the right to live, work or study visa-free in 27 other countries, while the UK loses many of the workers our economy and ageing population so desperately need.

The Chancellor once said that “nobody voted to be poorer”. Yet that is exactly what this deal delivers. Our trade will be less, our economy will be smaller, jobs will be lost, and wages will be lower. The government’s own economic analysis demonstrates it will cut GDP by some 4%. That’s a loss of over £100bn every year – £1,100 per person per year – raising borrowing by around £25bn. Less money for public services; the least well-off hurt the most; and every nation and region of the UK worse off.

For the first time in living memory, a government is deliberately pursuing a policy it knows will make the nation poorer. Even Dominic Raab, who as Brexit Secretary was supposedly responsible for negotiating it, now says this deal is worse than remaining in the EU. And yet the Prime Minister still refuses to be honest about the consequences of her deal. From the very beginning of this process, she never sought a compromise, nor to build the consensus such a narrow result demanded. Instead, she sought only to appease her hard Brexiteers, embracing their language and encouraging them to believe their fantasies could become fact. Now, when it is too late, she talks the language of compromise while doubling down on deception and deceit.

She pretends the role of the ECJ will end, that we’ll no longer pay into the EU budget, that there is such a thing as a ‘Brexit dividend’. She claims these things, despite every single piece of evidence and every single analysis of her deal proving otherwise. This inability to be truthful will have very real consequences throughout our country. Many of our fellow citizens still want to believe the Prime Minister’s promise that great opportunities will lie ahead. But when the extent of her dishonesty and delusion is revealed, the cries of betrayal will be deafening. In the gap between what was claimed and what has been delivered, the politics of extremism lies in wait.

Those who now claim this deal will bring to an end divisions over Brexit are selling perhaps the biggest fantasy of all. After two years of negotiations, all we know about our future relationship with the EU are unenforceable warm words contained in a ‘political declaration’. Far from being detailed and substantive, despite paying a £40bn divorce bill, all the major decisions – from trade to immigration – have been postponed. If we go ahead with this deal, with so much undecided, it will lock us into years of further debate. All of Britain’s energy, talent and effort will be consumed by these ongoing negotiations – with chaos, division and uncertainty for decades to come.

Any and every Brexit deal has been shown to be against our national interest, leaving our country poorer and with less control, but still we are told we must proceed because it is the ‘will of the people’. Yet how can it be, when what is being delivered is demonstrably not what was promised back in 2016? The reality is, nobody voted for this deal. Now we know what Brexit looks like, the people should be given the opportunity to decide. This is not a denial of democracy – it is now the only democratic thing to do.

Spencer Livermore is a member of the House of Lords and former adviser to Gordon Brown. 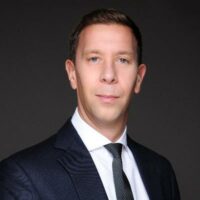 Spencer Livermore is a Labour peer. He was an adviser to Gordon Brown and campaign director for the 2015 general election.

View all articles by Spencer Livermore