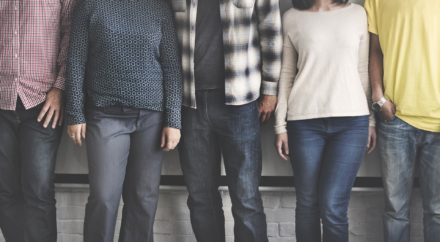 Labour is deeply divided over Brexit. The spilt is both ideological and electoral. There seems little point pretending that the dominant view of the leadership isn’t Eurosceptic and at odds with the vast bulk of the membership. Meanwhile the division across our voting base is real and gaping – we are horribly spilt between Remainers in the cities and Leavers in the towns and industrial heartlands. And we know that attitudes to Brexit are now more salient than party allegiance. Shift one way towards a second referendum and Labour could lose a bundle of seats in the north. Don’t shift and Labour could lose oodles of seats in the cities.

The deeper and more meaningful dilemma is how to resolve a commitment to internationalism with a commitment to democracy. Most of us are aware that the idea of socialism is one country is simply impossible to countenance in the 21st century. Of course we need more convincing arguments about how to transform the EU – but we know there is no retreat from transnational cooperation to take on global finance, deal with climate change, mass migration, etc. But we also know there was a vote in which millions more took part and were told the answer was binding. We undermine that decision at the peril of unleashing the very worse right-wing, anti-democratic demons.

Meanwhile, because of all this and more, Westminster can’t find a way out. There seems to be no majorities for ‘no deal’, a deal or a second referendum, so that no deal by default becomes the outcome. Such a move can’t be allowed to happen without a conscious vote.

If parliament can’t decide, the suggestion being made today is that there is a citizens’ assembly charged with making a recommendation. Parliament cannot be bound by any external body but the pressure to follow any recommendation would be overwhelming. The assembly would be made up of randomly selected but representative sample of citizens. All options would be on the table: no deal, a deal and what type, a new vote and what the question should be. It would take eight weeks and would require Article 50 to be delayed – but not for long.

The beauty of this idea is that it is open and fair. There can be no stitch-up. The hard reality is that if Westminster can’t decide, someone has to. This idea opens up a process of deeper democracy, which is handy as we are going to need to solve a whole set of difficult problems in the future, and starts to align our democracy with the complexity of the 21st century and the kind of collaborative decision making that goes with it.

Labour could break the parliamentary logjam and its own internal contradictions by calling for such a citizens’ assembly. By backing it, all of a sudden the party would be on the front foot, demanding a more democratic and nuanced response.

When it comes to Brexit, nothing is easy, and there is no safe ground. Other ideas such as free votes should also be considered. The referendum was a vote for change – not just economic and social, but also democratic. All we know is that the way out of this mess has to be more democratic than the way in. You can sign the petition to support a Brexit citizens’ assembly here.

The divisions in the country and within the Labour Party are deep.  They can’t be healed by ignoring them. Even if the Tories do implode before us, we are left with the same problems – only they would then be sitting in our lap.

This is no longer simply about party advantage, however. We must act in the national interest and prevent a crisis of democracy that risks splitting the country and providing space for the far right to fester. A citizens’ sssembly allows the future to be negotiated and show Labour trusts the people.

Neal Lawson is chair of Compass.