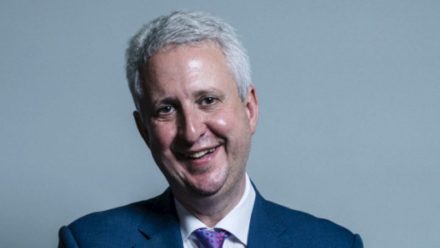 Ivan Lewis has quit the Labour Party, claiming that the disciplinary investigation into him was affected by an “unnecessary and politically motivated delay”. The MP’s resignation comes more than a year after he was suspended from the party over sexual harassment claims.

In his resignation letter, Lewis noted that he had not been interviewed about the complaints during his 12-month suspension and that the situation had affected his mental health. He also said that he considered quitting in October as he “could no longer reconcile” his Jewish identity with current Labour politics.

The MP also observed in the letter addressed to Jeremy Corbyn that the Labour leader had sacked him by text in 2015 after he raised concerns about antisemitism. He goes on to claim that Corbyn would prefer there to be only a state of Palestine, and does not believe in a two-state solution.

I’m resigning from @UKLabour, but will continue to stand up for the people of Bury South as an Independent MP in the @HouseofCommons. Read my resignation letter to Jeremy Corbyn. pic.twitter.com/YNmqRVclvR

A Labour Party spokesman said Jeremy Corbyn thanked Lewis for his service, adding: “The Labour Party takes all complaints of sexual harassment extremely seriously, which are fully investigated in line with our rules and procedures and appropriate disciplinary action taken.

“This case was referred to a full hearing of Labour’s national constitutional committee. The process is the same for everyone.”

Lewis will now sit as an independent MP, and the party disciplinary process investigating allegations of sexual harassment has therefore come to an end. Party sources have said the decision to quit will deny the complainants a hearing.

The MP for Bury South is the third Labour MP to quit the party this year, following Jared O’Mara and John Woodcock in July. Frank Field also resigned the whip in August, though did not intend to quit as a member.

Like Lewis, Woodcock was suspended from the party amid harassment claims at the time of his resignation. Both gave the handling of antisemitism within Labour as a reason for their departures.

Lewis tweeted on Friday that many Bury South Labour members had showed “magnificent support” in their reaction to his announcement.

However, other party groups and activists – from various factions – expressed scepticism about Lewis’ stated reasons for quitting and disappointment that complainants would not get a hearing.

Ivan Lewis was a stain on the Labour Party, totally unfit to serve as a Labour MP.

Our only regret is that he resigned, rather than have the courage to face his incoming disciplinary hearing.

Young Labour extends its love and solidarity to his victims. pic.twitter.com/e5gUuKvn90