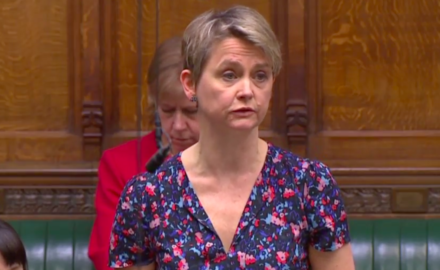 A cross-party amendment laid down by backbench Labour MP Yvette Cooper and supported by the opposition frontbench has passed by 303 to 296 votes, representing another major government defeat on Brexit.

Commenting on the win, Labour leader Jeremy Corbyn said: “This vote is an important step to prevent a no deal Brexit. It shows that there is no majority in parliament, the cabinet or the country for crashing out of the EU without an agreement.

“That is why we are taking every opportunity possible in parliament to prevent no deal. Theresa May must now rule out no deal once and for all.”

The change to the Finance Bill will require the government to either extend Article 50 or gain the approval of parliament before being able to use tax-raising powers in the event of ‘no deal’.

By preventing the government from implementing no deal provisions without MPs’ consent, its aim is to help block the possibility of leaving the EU without a divorce deal.

Cooper explained in a piece for The Guardian today: “The amendment doesn’t affect the normal operations of the Treasury and government. But it does make it harder for the government to drift into no deal without parliament being able to direct it.”

The result of the vote confirms that there is no Commons majority for a no deal outcome. However, the amendment does not block no deal in itself; instead it simply makes that option more difficult to navigate.

During the debate, Tory backbencher Oliver Letwin told the Commons that he and Nicholas Soames MP, usually loyal to Theresa May, would rebel against the party whip for only the second time in their lives by voting for the amendment.