It may be hard to believe, but conversion therapy is still legal in the UK. Whenever I bring this topic up in conversation, I’m often met with the same reaction – a mixture of bewilderment and indignation. Since the mid-20th century, we’ve made huge societal progress on LGBT issues, helped in large part by past Labour governments. We have come so close to true equality and have debunked many myths about our community along the way.

It has been 52 years since homosexuality was decriminalised in England and Wales. 19 years since the age of consent was lowered to 16 years of age. 17 years since same-sex couples could finally adopt. 16 years since Thatcher’s heinous Section 28 was repealed. 14 years since the introduction of same-sex civil partnerships and five years for marriage.

How, then, could a practice as repulsive, archaic and medically-denied as conversation therapy be allowed to go on in 2019? Why have we fallen short and acted slowly to legislate a ban? The simple answer is a lack of political agency, a lack of information and a lack of awareness. Conversion therapy is highly damaging, both mentally and emotionally, but often shrouded in secrecy.

You may have read testimonies from those who have bravely told of their experiences with therapy, highlighting the the fear and distress the practice causes. You may have even watched the screen adaptation of Boy Erased (catch it in cinemas) or The Miseducation of Cameron Post. Either way, we now owe it to those impacted by what the UK Council of Psychotherapy deems “exploitative” to bring an end to these charlatan practices. Those accounts should make society wonder why we tolerate a practice that has no medical value and no illness to cure. Medical organisations are united in their opposition to conversion therapy, from the British Psychological Society to the Royal College of Psychiatrists.

Whilst the government’s announcement of its intention to ban “gay cure” therapy is welcome, we need real legislative action rather than just warm words. The Labour Party, as the champion of rights and freedoms of our community, has branded the government’s proposals “inadequate”. Fast-forward seven months, and the government is yet to make good on its promise.

As our politics becomes ever more polarised, now is the the time to dot the ‘i’s and cross the ‘t’s on legislation that will finally rid our society of practices which have no place in the 21st century. As LGBT rights are under attack elsewhere in the world – look no further than Brazil’s new President Bolsonaro – the UK must once again lead by example as other nations are poised to do so.

Failure to act would be a dereliction of duty by the Tories. Labour stands ready and waiting to use all its might to end this hangover from the past. So come on Theresa, during LGBT month 2019, come out and finally announce legislation to ban conversion therapy. 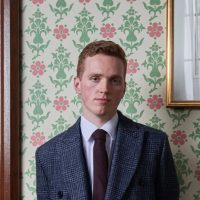 James Metcalfe is a senior parliamentary assistant to a Labour MP.