In 2007, US psychology professor Drew Westen published The Political Brain. A committed Democrat, he wrote the book to help fellow Democrats understand why they were losing more elections than they should, given the actual level of support for their policies. Westen argued that Democrats needed to make better use of scientific insights on how the human mind works, to formulate policies and campaigns in language that appeals to voters and speaks to their values (‘values’ = the things that matter to us in life). Republicans, he wrote, seemed much better at using that scientific knowledge – despite being the “anti-science” party on other issues.

Many senior Democrats read Westen’s book, but more than ten years later the political landscape is still divided between those who seem to know how to speak to people’s emotions and values, and those who seem to be unaware of its importance. This goes beyond a left-right split – remember the emotional appeals of Leave vs the technical, economic arguments of Remain – but the left-right imbalance that Westen wrote about has barely shifted, either in the US or the UK.

Why is this? For the liberal left, ‘rationality’, ‘adherence to facts’ and ‘truth’ are important values. Following the post-truth and fake news phenomena of 2016, this has only increased. This means that politicians who believe that the facts speak for themselves are not operating value-free; rather, they think and communicate in a way that is consistent with their own values.

But we don’t simply face a choice between fact-based vs dishonest communication. What looks like a clear fact or truthful argument to one person can sound unintelligible, wrong or deceptive to someone else. Together with colleagues, we are currently showing how strong that effect is with The Justice Syndicate – part interactive theatre, part psychology experiment. In each session, every participant sees and discusses the same facts, yet time and again we observe individuals and groups coming to conflicting conclusions about what constitutes the “truth”.

This foible of our political brains – to mistake value-based interpretations for the truth – leads to an unhelpful paradox for the liberal left. Our devotion to rationality and factuality can stop us from seeking to understand and talk to others in a language that resonates with them, because we mistakenly believe that our current way of thinking is the only rational and truthful one.

How can we use insights about the political brain without feeling as if we are compromising our adherence to truth? Without falling into an ethical trap of seeing voters as puppets whose emotional strings can be pulled at will, as seen with Cambridge Analytica?

Knowing how brains work can help us avoid elementary communication errors. For example, in the past politicians on the left have often responded with “lite” versions of policies on which the right dominates public opinion. Labour’s attempt to mimic the Tory stance on immigration in the 2015 election is a good example. Such attempts will often fail because they can create an angry backlash among part of your base, while failing to attract those who are on the boundary.

However, we can also make the opposite mistake of strongly pushing a policy framing that generates anger and galvanises the opposition because it clashes with their values. ‘Diversity’, ‘human rights’, ‘environment’ and (an emerging one) ‘mental health’ are examples of that. Although they look like straightforward, evidence-based and truthful ideas, in reality they are a combination of fact- and value-based perspectives on society’s problems. As a liberal centre-leftie myself, I find those underlying values incredibly important; as a neuroscientist, I am aware that how they have been framed has increased divisions in society as well as fractured the left’s support base.

Does that mean that we are damned if we do, and damned if we don’t? No. The one thing we haven’t tried enough (or stopped doing), in my opinion, is to look for the unifying narratives that bring enough people together to change society in the direction we believe it should be changed. Narratives that balance diversity with unity; rights with responsibility; environment with people and economy; and mental health with ideas around mental resilience. Perhaps these sound like empty slogans, and open to misinterpretation. They may even make you angry. But unless we take the challenge of finding such unifying narratives seriously, there’s a risk that the left’s political base will continue to fracture and diminish, and that the changes we want to see in society will escape us. It’s a difficult task, but we’ll have to up our game. Let’s try. 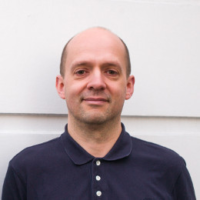