Our politics is convulsed by the search for control. It is not hard to see why. Too many people, communities and places lack power over their lives, undermined by an economy that no longer works for the majority. The prevalence of insecure and undignified work, a decade of sluggish pay growth for all bar the best-paid, rising in-work poverty, the harsh effects of austerity; taken together, it is hardly surprising the UK’s economic model has run out of road politically and the search for an alternative has become ever-more pressing.

Yet the route to taking back control in meaningful ways doesn’t run through fantastical visions of a Britannia unchained. Instead it is via a transformative agenda focused on scaling new models of democratic ownership, governance and control. This is because how the wealth of a nation is owned, and by whom, fundamentally shapes how an economy operates and in whose interest.

Today’s architecture of ownership acts as powerful dynamic of inequality and damaging short-termism. The company is the government of our economic lives. It controls our movements, our speech, our time. And yet many of us lack voice in that government, or a fair share in the rewards of our collective labour. The power of exit is no compensation or effective balancing to our lack of voice or power at work. This is not just due to our damagingly low rates of collective bargaining. It is also rooted in how narrowly our companies are owned and governed. The wealthiest 10% own almost five times the combined wealth of the bottom 50% and dominate ownership of financial assets that provide income and control rights over business. Meanwhile, the UK comes near the bottom of the EU in terms of the extent to which our economic institutions guarantee voice for ordinary workers, from board-level representation to strong bargaining rights.

Given this, if we are content to only tinker with existing patterns of ownership, we all but guarantee the continuation of deep inequalities and accelerating climate breakdown. This is all the more true in an age of automation, a broken land economy and platform monopolies; absent policy intervention, capital’s high share of national income risks rising even further in future. If capital were widely distributed, this wouldn’t necessarily matter. Given this is not the case, rising capital share will drive increasing inequality. Alternatively, in the face of a systemic crisis, we can respond with transformative solutions that redistribute wealth and power.

Fundamental to this must be a reimagining of the ownership and governance of companies. Too often, egalitarian ownership strategies rely either on sectorally and strategically limited nationalisation programmes, or on scaling co-operatives, leaving untouched the business forms that dominate production and distribution. What is needed is a pluralistic strategy to democratise capital at scale, building institutions capable of broadening ownership and control in the economy, both for waged and non-waged labour.

Labour have made an exciting start through its adoption of the Inclusive Ownership Fund proposal, a policy that would over time transfer 1% of outstanding every year up to a 10% stake into a collective, locked, worker control fund over time. There are important questions of design that need to be worked out, and distributional questions in terms of its operation answered. But it has opened up a new frontier of debate.

The challenge for progressives is to continue to develop and popularise an ownership agenda capable of reshaping the contours of our economy so that it bends toward justice and prosperity. This requires strategies for broadening company ownership and reshaping governance. It also requires new approaches, from the national to the neighbourhood, to how we own and govern our shared assets. From data to land, financial institutions to digital infrastructures, how can we scale institutions that build a democratic, inclusive and creative commons, where we all have a stake and a say? That is the task ahead.

One thing is clear. Only twice in the past century has the UK experienced a deep paradigm shift in how we organise our economy. Each time, ownership was central to change, with politically-driven shifts in ownership central to transforming the country’s economic model. The post-war consensus was built on public ownership putting the commanding heights of the economy under state control. Similarly, it is no coincidence that the assault on that settlement by Thatcherism was driven by privatisation, a political project centred on radical changes in ownership. Today, as we confront the wreckage of neoliberalism – deep inequalities, anti-democratic practices, and climate breakdown – we will need a similarly ambitious but democratic ownership agenda. Only then can we deliver a just, prosperous and sustainable economy on the speed and scale we need. 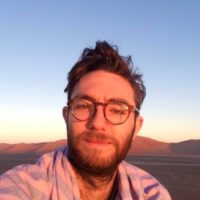 Mathew Lawrence is a senior research fellow at IPPR.

View all articles by Mathew Lawrence