The government’s immigration and social security coordination bill – which comes before the Commons today – is a nasty piece of legislation. It’s the first step towards a more restrictive visa system for EU workers and will pave the way for exploitation and undercutting. At a time when politicians should be bringing people together, this bill will sow division and leave all workers worse off. That’s why the TUC is calling on MPs to scrap it.

We know that concerns about migration should be taken seriously. But let’s be crystal clear: the problem isn’t migrants, it’s the bad bosses who exploit them and undercut local wages. Far from tackling those concerns, this bill would help drive down pay and conditions in our labour market.

Bad employers will be gifted with a permanent supply of exploitable labour. The move also increases the risk of abuse, which many migrant workers on precarious contracts already face. Unions know from past experience – such as the Seasonal Agricultural Workers scheme – that those on tied visas often can’t leave abusive employers without losing their legal status in the country.

This bill would also have serious repercussions for EU citizens in the UK and British citizens living elsewhere in Europe. It would end EU rules on free movement and social security coordination, which allow workers to pay social security contributions in one country and get benefits or draw on their pension in another.

That will increase hardship among the 3.5 million EU citizens who have made the UK their home. It throws their futures into doubt, as the government hasn’t been clear what their future migration or social security entitlements will be. This is bad news for these workers, whom the UK depends on to support the NHS and work in many vital industries.

It also makes it more likely that the EU will introduce restrictions on the social security entitlements of more than a million UK citizens living in the EU. This means UK citizens who have retired in an EU country and have contributed to the tax system in the UK may not be able to claim a pension in retirement.

Putting jobs and rights at risk

More broadly, this bill introduces visa restrictions that are incompatible with the rules of the single market. This approach would prevent the UK from negotiating a Brexit deal that protects our hard-won rights and guarantees the tariff- and barrier-free trade that supports good jobs. As the TUC has set out, at this stage in the Brexit negotiations, the best way to do that is probably a future relationship where the UK stays in the single market and customs union.

A workers’ agenda on immigration

Too many workers are already suffering from low pay and poor conditions in the UK. Instead of taking rights away from millions more workers and scapegoating migrants for problems caused by bad bosses and austerity, we need stronger enforcement of workers’ rights and more employers to agree collective agreements with trade unions to stop undercutting.

We’ve shown that where these are in place in workplaces such as BMW in Oxford, migrant workers and UK workers are treated equally, and all have decent pay and conditions. This must be accompanied by radical reinvestment in public services that have borne the brunt of almost a decade of austerity. And we need real investment in skills, particularly in sectors facing shortages, to give everyone the opportunity of a decent job.

We need a Brexit deal that prevents exploitation and secures the right to remain for EU citizens in the UK.  The ETUC is making the same calls for UK citizens in the EU. Again, we believe that at this stage the best way to do this would be for the UK to stay in the single market and a customs union. Solidarity and rights for all are the only way to address concerns about migration. So let’s all stand together, workers from all countries, against the Tories attempts to divide us with this bill. 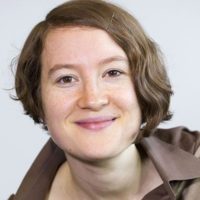 Rosa Crawford is a policy officer at the TUC, specialising in migration and trade.

View all articles by Rosa Crawford