LabourList has contacted all of Labour’s MEP candidates ahead of the elections next month and put four questions to each aspiring member of the European parliament.

Labour’s four candidates for Wales are the first to have responded. All are strongly in favour of holding another referendum on Brexit.

Their answers are listed in order of their place on the regional list, from first to fourth. 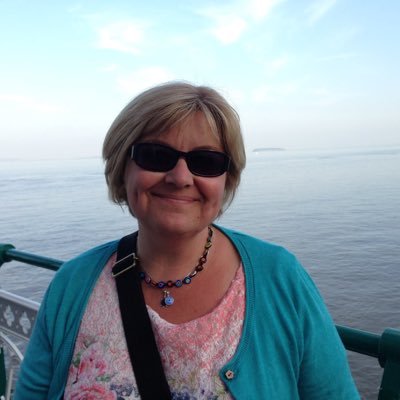 Peace and prosperity are best secured inside the EU. I am a proud Welsh woman, European and internationalist who supports the values of the Labour Party. I’ve shouted the merits of Wales in many international institutions and want to uphold the close collaboration within the EU on issues such as workers’ and union rights, consumer protection, equality and climate action.

We should have had a long, truthful national conversation first about what leaving would involve. The vote was close. We are now in deadlock. As a former Professor of Law, I strongly believe in the rule of law and we now know that electoral law was broken in the referendum campaign and a criminal investigation is underway. We need to vote again.

Yes. We need to take a step back and ask ourselves: what is best for Wales, our families, our future? The PM’s deal has failed to secure support from those who voted Leave and Remain. The best deal is the one we already have and that should be an option on any ballot.

As former President of European Women Lawyers Association, I have looked closely at European laws and policies. Most really are for the many, not just the few. The EU is democratic, but distant. I think the EU can help do more for people, including action on climate change, better civil society cooperation, creation of jobs, education, peace and security, equality and LGBTI rights. We’re stronger together. 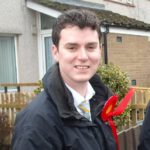 The economy, workers’ rights, the environment, security, climate change, trade and migration are pressing global problems best approached collaboratively across nations and in solidarity with our European neighbours. The EU is key to Wales’ future prosperity. I want to help Wales and Welsh Labour respond to those challenges.

Leaving without knowing the terms of our exit, the impact on our economy, our security or our rights isn’t best for Britain or Wales. The deal presented by the Prime Minister doesn’t have the support of parliament or the people, and a ‘no deal’ exit would be catastrophic. The 2016 referendum result can’t be implemented.

Yes. We all know more about what leaving means than we did in 2016 and many people were given wrong information in the referendum. We need to create an opportunity to have an informed debate about our future with ‘remain and reform’ firmly on the ballot.

The EU must now recognise the need to better engage with citizens in the regions and nations of member states. If I could reform the EU in one way, it would ensure it does more to inform people about the important work it does for us all. 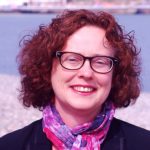 We need strong voices standing up for Welsh Labour values in this election campaign and for however long in the European parliament afterwards. I’m an internationalist who wants to see close collaboration with our nearest neighbours on issues such as workers’ rights, consumer protection and the environment.

Immediately post referendum, it was right to attempt to negotiate a new relationship – but based on the narrow result, it should have been a close one. National consensus should have been sought before invoking Article 50 and the results of the negotiation, given controversial, put back to the people.

Yes. The PM has negotiated a deal that has failed to secure support from Leavers and Remainers. She was told in the 2017 general election that people didn’t want her hard Brexit. The best deal is the one we’ve got, and that should be an option if people don’t like hers.

The EU is an alliance of democracies committed to uphold basic principles including human rights, the rule of law and freedom of the press and the judiciary. Unanimity requirements that have prevented action being taken against the erosion of democracy in Hungary and Poland should be looked at. 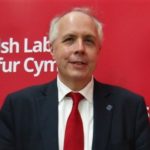 Welsh Labour is a strongly internationalist party and must represented at all levels at which elections take place. It is vital Labour plays its full part and is represented by committed candidates. We must have a powerful voice campaigning for remain, reform and a confirmatory public vote.

In 2016, government should have reached out for consensus but didn’t. Much has changed: we know lies were told, such as £350m per week for NHS; the deal has been fraught with problems and been botched. So the outcome must be put back to people in a public vote.

Yes. The arguments are overwhelming: the Tories have shown their incompetence and offered a deal where the UK is the rule-taker not its maker. Parliament has considered every alternative of Brexit. We all know much more too! It’s time for a referendum to break the deadlock.

To give greater transparency to EU democracy. It is actually democratic given that the parliament and governments in the council are all directly elected, but we need to make it more open and develop a mechanism for people to see that they really have a stake in the decisions it makes.