One Sunday evening last September, I went into a meeting room in Liverpool to help composite the highest number of contemporary motions on a single issue in the history of our party. I knew we were in for a long night. In the end, more than 100 delegates spent over six hours in that meeting. What none of us could have anticipated was that we would have to spend the next six months fighting for the Brexit policy to be followed by the party.

I had confidence in the party’s member-led policy-making and felt honoured to be in that room. A group of comrades from across our broad church, brought together via the democratic process of our party, to decide our policy on an issue that will affect the country for generations – what could be more socialist and democratic?

We debated and deliberated in a comradely way. The delegates decided early in the evening to work together on just one version of a motion, rather than dividing into two groups. This wasn’t a time for splits. The wording of the motion developed as the evening went on. Late into the night, working with Keir Starmer and his team, we came together and agreed the composite motion on which we had consensus. At one point, we even had a conversation about what exactly ‘consensus’ meant.

Many of us had to compromise on the final wording of the motion. We ultimately agreed to the “options on the table” pledge, despite the vast majority of motions in the room having been very clear on their commitment to a referendum on the Brexit deal. Keir received a standing ovation when he made the case, in his conference speech, for Remain to be on the ballot paper in any referendum. It certainly reassured me that both the wording and spirit of the motion would be upheld by our party and parliamentarians. At no point did anyone say that the 2017 election manifesto would take precedence over this policy.

Since then, the struggle to ensure that our policy is followed has been exhausting, upsetting and at times infuriating. The conference policy has been wilfully ignored, misinterpreted and misconstrued by people at every level of the party. Those who wrote the policy know what the wording and the spirit of the motion means, yet our voices have been absent from these conversations. If clarification was needed, why not ask us?

The part of the policy relating to the single market seems to be the one misinterpreted most often. The motion stipulates that our future relationship with the EU must include “full participation in the single market”. That means being in the single market. This membership is needed to retain EU rights and protections, and involves freedom of movement. Labour’s demand for “close alignment with the single market” is not the same thing and has no mandate from the membership. Why is it included in the alternative Brexit plan?

The composite motion also states: “If the government is confident in negotiating a deal that working people, our economy and communities will benefit from, they should not be afraid to put that deal to the public.” This is consistently overlooked. It is important to note that the pledge does not specify a Tory government, and would therefore also apply if Labour were in power – yet Jeremy Corbyn’s spokesman has reportedly said that the party only supports a public vote on a Tory Brexit, not a Labour one.

I readily acknowledge that Brexit is a hugely difficult and divisive issue. But we must also all accept that our conference policy from 2018 supersedes the manifesto from the year before. I didn’t join the Labour Party to help Nigel Farage and Jacob Rees-Mogg realise their Brexit dreams, and I don’t suppose many of our 500,000-strong membership did either. What is the point of being the biggest political party in Europe if the wishes of the membership are sidelined by MPs?

In that meeting last September, compromise was essential. Consensus was needed to eventually agree the policy, and collective responsibility was vital. Are we wrong to expect the same from our parliamentarians? I am very grateful to all of our MPs who have supported the policy set out at conference from the start, and to those who are now finally following it. I couldn’t have been happier to see the Prime Minister’s deal voted down for a third time on Friday. I was delighted to see so many Labour MPs voting in favour of a confirmatory referendum in the indicative votes last week. But it was disappointing to see how many of our representatives did not vote in line with the whip that day.

I am pleading with every one of our Labour MPs: help restore my faith in member-led policy-making, and give confidence to the delegates who will attend this year’s party conference that the policies they adopt will be followed to the letter. Please do what is right for your constituents and our country by supporting any option that allows the people, as per our policy, to have the final say on Brexit. 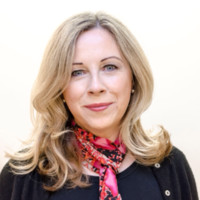 View all articles by Fiona O'Farrell