The day-long event kicked off with a welcome from Lara McNeill, the youth representative on Labour’s national executive committee (NEC), and Young Labour chair Miriam Mirwitch, both of whom helped organise it. Corbyn then delivered an energising opening speech, taking the opportunity to announce a new party policy of extending the real living wage of £10 to under-18s.

The speech had a strong emphasis on Labour’s national and free education system for all, making it clear that education is not a commodity to be sold. The leader also highlighted the importance of youth engagement in, and commitment to, a green industrial revolution addressing climate change. He left to a standing ovation and chants of “Oh, Jeremy Corbyn”.

We were told that, as a Labour-led council, Barking and Dagenham Council has its own regeneration companies producing affordable housing in the area. Princess Bright, the youngest councillor in that area at just 23, spoke about how councils can let local communities know what Labour in power is capable of delivering – regardless of what is happening nationally.

In Norwich County Council, Labour stands in opposition. The group makes the best of this with full use of the press and public in opposing Conservative plans, including protests and petitions, and a focus on policy-making. Once, a councillor  suggested at a council meeting that he didn’t believe in climate change. Labour councillors proceeded to contact climate activist group Extinction Rebellion, who then staged demonstrations in the council.

Preston Council has been moving away from management and towards activism. They are doing their best to implement national Labour policies on a local level – for example, by starting a community bank, ensuring that low-income families have access to affordable loans that they may not otherwise be given by big firms. Matt Brown suggested not relying on existing authorities, but creating what you want to see, and not underestimating the delivery of basic services including bin collections and local park conditions.

Guest speakers Elif Sarican and Asif Mohammed opened an afternoon panel, ‘Britain’s Role in the World towards a Socialist Foreign Policy’, with discussion of international human rights issues and conflict, including situations in Venezuela, Cuba, the Turkish State and Syria. Both mentioned the importance of obtaining factual information through charities, open media, and, where possible, one’s own eyes. The focus was on moving away from military intervention, and policy of people over politics – valuing humanity above all else. Dan Carden, Shadow Secretary of State for International Development, stressed Labour’s commitment to producing global aid that offers more power to the people.

“People will try to marginalise the [labour] movement,” said former South African MP, Andrew Feinstein, at fringe event ‘The left in government and what obstacles would the future Labour government face?’. “So be prepared. Don’t let the work stop upon election. Do as much as possible when given the chance, move fast.” He and Max Shanly, formerly of the Young Labour national committee, discussed challenges faced by socialist policy in the civil service departments and international arms deals.

The final panel event of the day, ‘Socialism in our lifetime, restructuring the economy’, saw Sarah Glenister from The Institute of Employment Rights present data showing a direct correlation between worker’s rights and trade union membership.

“Democracy is more than voting in a booth once every few years,” Stephen Nolan from Trademark Belfast said. He spoke of an unbridged gap between economic policy and public understanding, and suggested finding or setting up schools and workshops to improve wider understanding of economics.

The panel members all highlighted the need for decentralisation from London. Laurie Macfarlane, economic editor at Open Democracy, presented key points of the restructuring, including that socialism and de-commodification will be the only way forward in a future economy of managed automation, and new metrics to measure a country’s success must be found as a replacement for GDP.

As Lara McNeill wrote in Tribune, “political education isn’t just about books or lectures, it’s about creating a common understanding of the world and empowering people to change it”. The day was a rare and much appreciated opportunity for young members across the nation to come together, share thoughts and ideas. The chosen speakers and panel discussions were informative and thought-provoking, and the atmosphere vitalising. Events like this are a huge credit to the Labour Party, and a fantastic reward to its members.

1) ‘A Manifesto for Labour Law: towards a comprehensive revision of workers’ rights’  by The Institute of Employment Rights at ier.org.uk/manifesto
2) ‘Preparing for a Corbyn Government’ by Christine Berry and Joe Guinan
3) ‘The Shadow World: Inside the Global Arms Trade’ by Andrew Feinstein
4) ‘All The Best’ podcast by Novara Media with Max Shanly and Matt Zarb-Cousin
5) Freedom for Öcalan campaign at freedomforocalan.org
6) Barking and Dagenham growth strategy 2013 – 2023 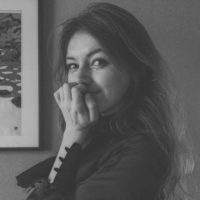 View all articles by Abigail Mattingly