28% of Labour members voted against their own party in the recent European elections, a LabourList poll has found.

The figure for those who voted against Labour was slightly less but still high for those survey respondents who identified themselves as members – at 28.4%.

A total of 3% readers chose the ‘not applicable’ option, suggesting they could not vote in the elections.

The finding comes amid renewed criticism from large pro-EU parts of Labour’s membership and activist base, with many calling on Jeremy Corbyn to shift the party towards a firmly anti-Brexit stance.

A recent YouGov poll found that 41% of Labour members voted for a party other than Labour in the European elections, with 19% opting for the Greens and a further 15% supporting the Liberal Democrats.

Its sample size of 2,189 Labour members was smaller than that of the latest LabourList latest survey, which attracted 7,650 self-identified members, though ours is self-selected and unweighted.

Did you vote against Labour in the European elections? 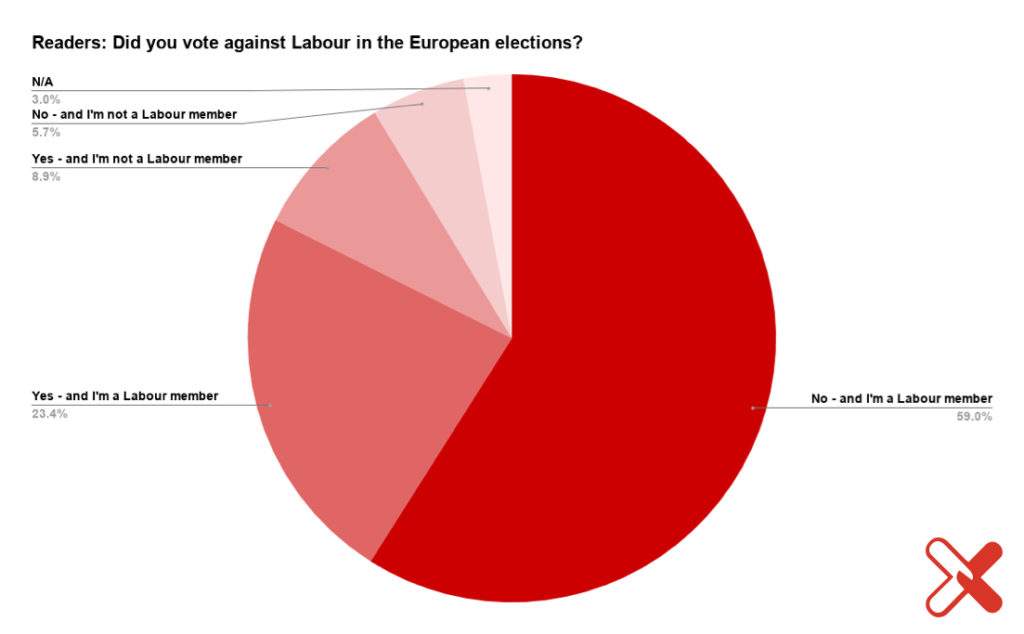 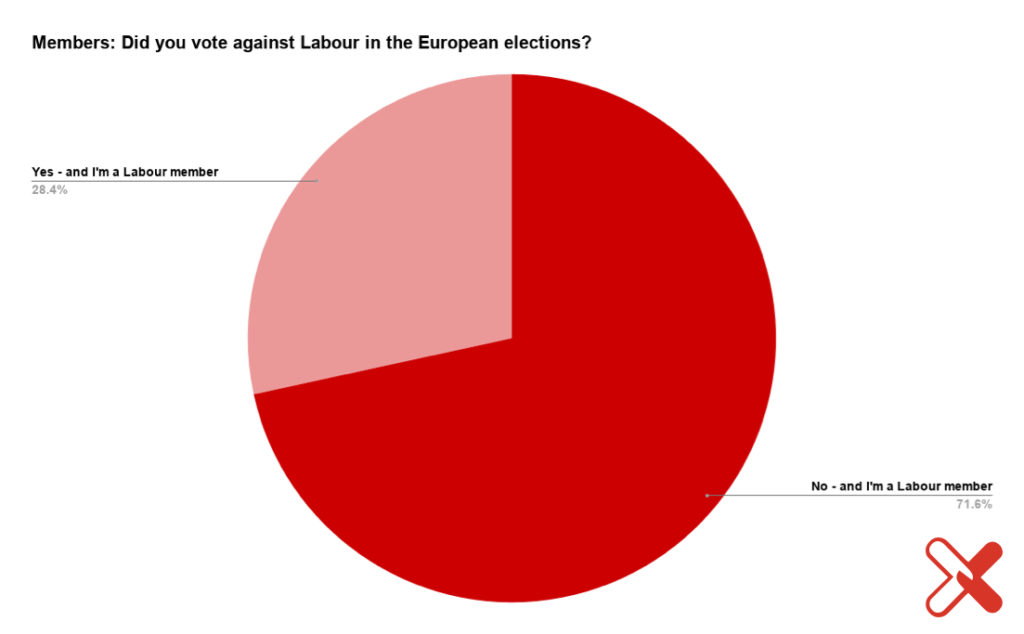 The survey was open from 11am on Sunday 2nd June until 6pm on Monday 3rd June. Thank you to all 9,286 readers who took part. Read the full results here.