London is one of Britain’s truly global assets. Its greatest strength has always been its innate ability to reinvent itself, integrate new cultures and assimilate new ways of doing things into its economic and social fabric. It’s why thousands of people – from Bedford to Beirut; Newcastle to New Delhi – arrive each year to become Londoners. They come to seek opportunities, pursue their dreams, realise their full potential and simply be themselves.

It is that promise of opportunity and freedom that makes me proud to call this city home. Yet, that promise, for too many Londoners, is one that is rarely kept. Because, despite the myth – too often unchallenged – that all Londoners are high-earning, home-owning cocktail drinkers, the truth is that life is tough for the many Londoners who work around the clock, juggle multiple responsibilities and struggle to make ends meet while their rents spiral upwards, their wages stagnate and their public services decay as a result of Conservative austerity.

Entrenched economic and social injustices are no more visible than in London, where inequalities in education, health, housing and the criminal justice system affect Londoners’ quality of life, hinder their ability to build secure lives for their families and make the most of the opportunities London has to offer. This is leaving a long-lasting and damaging legacy on London’s communities.

Figures from the independent Trust for London show, for example, that four in 10 Londoners have an income below what is needed to reach a minimum standard of living in the capital. Almost a fifth of all jobs in London – 700,000 in total – pay below the London Living Wage of £10.55, a figure that has been rising for five consecutive years. This has led to a situation in which one third of London’s children live in poverty, although most are in working households.

This situation is further exacerbated by the fact that the wealthiest 10% of Londoners possess half of the city’s wealth, while the bottom 50% own just 5% of London’s wealth. As we enter the 2020s, we as Londoners must renew our commitment and ambition to building a city that provides opportunity to all and empowers everyone to write their own life story.

It is for these reasons that I am standing to be a Labour candidate for the London Assembly elections in May 2020. At a time when the Conservatives are only interested in their own internal leadership dramas, I want to be a champion for all Londoners – regardless of where they come from and in which borough they live.

As a Labour Assembly Member, it would be my number one priority to bring together any Londoner of goodwill – including civil society, trade unions and business – to set out a road map for how we can spread opportunity to every corner of our city. This means renewing our ambition to delivering sustainable living incomes for every worker, building more homes at prices that families can genuinely afford and making our streets safer. I believe that only by fostering a new spirit of co-operation can opportunity, wealth and power be fairly shared. Only then can we build One London together.

For me, the first step on this journey must be to connect the roughly 100,000-strong London Labour membership to my campaign. Over the next few months, I hope to meet as many people as possible connected with the Labour movement in London – members, trade unions, affiliated socialist societies and grassroots community groups – to discuss the way forward for our great city. You can visit my campaign as it grows here. London is a city of opportunity or it is nothing – that has to be something worth fighting for. 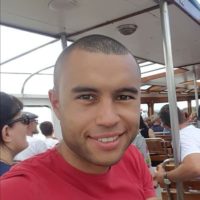 Callum Anderson is a Labour activist in Ealing. He is standing to be a Labour candidate at the London Assembly elections in 2020.

View all articles by Callum Anderson