Kate Hoey hit headlines recently when she announced her intention to stand down as the Labour candidate for Vauxhall at the next election, which has set the starting gun on my local party’s long-awaited selection process. After over 30 years of being denied a proper selection, many local activists are rightly debating the rules by which we choose a candidate, to ensure that our choice is truly representative of the constituency. However, we must be careful not to pitch all or any of the liberation groups against each other, and we must use intersectionality as a guiding value in order to progress and achieve true diversity in parliament.

Many have argued that a BAME candidate must replace Kate Hoey, including by Mohamed Jaser and Issa Issa on LabourList, and there are calls for an all-women shortlist (AWS), both of which are important criteria that go hand-in-hand in my view. Indeed, having a BAME woman Labour MP for Vauxhall is not a new demand from activists, but one we came close to and were denied in the late 1980s.

For those less well-versed in Lambeth’s local history, in 1989, a majority of Vauxhall’s branches and its affiliates backed Martha Osamor – a BAME community activist and Haringey councillor on the left of the party who now sits in the House of Lords – for selection as Labour’s by-election candidate. Members were thwarted by then-leader Neil Kinnock and Labour’s national executive committee. They overrode the protests of the local party, which was presented with an all-white shortlist of candidates and had Kate Hoey imposed. This was not only a factional move, but also one mired in institutional racism.

Vauxhall is a constituency that is over 50% BAME, yet we’ve never had a black MP. Similarly, it is vital that the constituency replaces outgoing Kate Hoey with a woman at the next election so Labour can continue leading the way in terms of women’s representation. Currently, women only make up 32% of the House of Commons and 45% of the Parliamentary Labour Party. We still have a long way to go. Not having an AWS in Vauxhall, and all of the safe Labour seats currently held by women, risks us going backwards on our goal of equality of the sexes in the PLP, or women being relegated to marginal seats.

Lewisham East recently selected a parliamentary candidate from a list of BAME women, and this is a precedent we should all learn from. There is no shortage of excellent BAME women both locally and within our party, all of whom could do a fantastic job representing us. Furthermore, I’m proud to live in Vauxhall, a constituency with one of the largest LGBTQ+ populations in the country and also home to several members of Disability Labour’s executive committee and many other excellent disability activists. When shortlisting begins, the NEC and selection panel must commit fully to equality and guarantee the shortlist reflects Vauxhall’s incredible diversity.

Selections like the one in Vauxhall are important moments at which we must put our progressive values into practice. Those arguing against an AWS in Vauxhall – whether in favour of a BAME shortlist or an open selection – must recognise the message this sends. People from all minority groups are under-represented across the board and we won’t change this by being put in competition with each other. We need to stand in solidarity. Although Vauxhall has many men who could do a good job, the patriarchy is alive and well, and a man living in Vauxhall statistically holds a better chance of winning a seat elsewhere than a woman does.

Overall, what happened last time Vauxhall selected a parliamentary candidate is a dark chapter in the history of our party, both locally and nationally, and we now have an opportunity to atone for it. Whatever happens, I hope that diversity and recognising the contribution of women from all backgrounds in our community prevails against personal ambitions and factional wrangling. 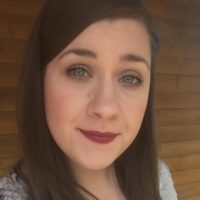 Dr Jennifer Mills is a scientist and an activist in Vauxhall Labour, elected as community engagement officer on its executive committee.