Observers of the Conservative leadership campaign have heard some more positive noises on immigration of late, with Jeremy Hunt promising to drop the net migration target and Boris Johnson committing to making the UK more open to skilled migrants and students. In two weeks’ time, we will have a new Prime Minister whose position on immigration is more positive than that of Theresa May. Although everything is overshadowed by Brexit, immigration reform is still one of the major items in the next Prime Minister’s in-tray. Labour needs to think hard about how it responds, and how it finds an authentic Labour voice that appeals to voters in both Leave-voting towns and Remain-voting cities.

Labour members are broadly sympathetic to immigration – but know that the public are more sceptical. There is a long history of party insiders suggesting that the safest option on the doorstep might be to ‘change the subject’. The ‘bigoted woman’ incident damaged Gordon Brown and the ‘controls on immigration’ mug was a divisive and peculiar gimmick in an unsuccessful Ed Miliband campaign.

The mood music among the public, however, may be changing. Immigration is not the number one issue of public concern that it once was. Repeated polls have shown that attitudes to migration are getting warmer – for some, that is because of the reassurance that Brexit will mean the end of free movement, but for many it is because the tone of public debate has shifted. They have heard more, in the media and in conversation with friends and colleagues, about the contribution that migration and migrants make to the UK. The Windrush scandal showed a broadly-held expectation that people should be treated fairly and with compassion, whether born here or in another country.

How should Labour respond, now that attitudes are shifting and immigration glasnost is springing forth within the Tories? The Labour Party should obviously welcome government proposals that progressive voices in business, universities and civil society support. But it is the task of opposition parties to hold government to account. As British Future’s new report argues, the Home Office is seriously under-performing. The Windrush scandal was only one among a large catalogue of errors and backlogs. Covering nearly four million people, the EU Settlement Scheme will be the largest project that the Home Office has delivered. It is essential that opposition parties keep a close eye on its progress.

Party officials also need a better understanding of the views of voters. Media commentators have tended to conflate Labour Leavers with Leave voters in general, or with the section of the electorate that supports the Brexit Party or UKIP. Yet new ICM polling for British Future finds that Labour Leavers are different from the overall Leave-supporting public. Although they want controls on low-skilled migration, the majority of Labour Leavers are ‘balancers’ who see both the pressures and gains of migration. Labour Remainers and Leavers differ on the question is Brexit itself, of course, and on EU free movement, but their views are similar on student or skilled migration. Both are happy to increase migration in order to staff the NHS and care homes, for example.

Many of the immigration concerns of Labour Leavers relate to local issues, with voters associating immigration with rogue landlords, poor employment practices and failures of integration. Because a rise in precarious employment has taken place at the same time as a major increase in European migration, this has led to concerns about the undercutting of wages and working conditions. There is evidence that where this does happen, it is more likely to affect those in the lowest paid work.

Whether people have contact with migrants makes a significant difference to how they talk about these topics. If it would be beneficial for Labour to proactively support approaches that increase levels of social contact across social divides, building this into policies such as better-funded English language classes, and backing initiatives like the community sponsorship of refugees, which gives local groups a strong sense of engagement and ownership. The UK has never had an ambitious integration strategy and Labour has been quiet in the integration debate. At a time when the manifesto is being written, Labour should develop its own integration agenda – one that rejects the idea of an ‘us and them’ approach to integration by fleshing out an ‘everywhere and everybody’ agenda about shared identities.

Creating an effective, fair and humane system depends on combining control and compassion, and rejecting arguments that these conditions are inherently incompatible. Trust in the ability of governments and politicians to manage migration is very low. That remains true of Labour figures too. Our ICM poll listed a series of politicians and asked people how much they trusted or distrusted them on immigration. Boris Johnson was distrusted by 49% of the public on immigration and trusted by 22%, a net score of -27%. Theresa May has a net trust score of -22% and Vince Cable -12%. Jeremy Corbyn’s net trust score is -37%.

Rebuilding that confidence will depend on engaging directly with the public. British Future has long argued for an annual migration day in parliament, which is preceded by properly organised public engagement in the form of a National Conversation on Immigration. Labour MPs could use this process to take the immigration debate out beyond the party membership.

Whether the UK leaves the EU, remains or goes for a Norway-type Brexit with continued free movement, the Labour Party must put forward authentic polices based on its core values that resonate in Leave- and Remain-voting areas. Labour’s challenge is to return to the roots of the labour movement, so that it can organise and protect both vulnerable migrant workers and those from settled populations. By adopting this approach, Labour can begin to restore trust in – and gain public support for – a values-based system of managed migration. 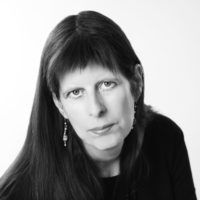 Jill Rutter is director of strategy and relationships at British Future, a non-partisan think tank.

View all articles by Jill Rutter