Last summer, just before Theresa May unveiled her doomed Chequers agreement, we carried out a piece of research on what people thought were the main challenges for the UK over the next five years. We started the project in the belief that we would find common ground between Remainers and Leavers, whom we assumed broadly shared the same objectives (for example, reducing the pressure on public services or ensuring decent jobs and wages) but had simply reached different conclusions about how to achieve them. We expected that this would provide a good basis to argue for a very soft Brexit, which would see the UK leaving the European Union in accordance with the 2016 vote but cause the least possible damage to the economy.

The first set of results, however, showed unequivocally that Remainers and Leavers had very different priorities. The most important priorities for Leave voters were to ensure that the UK had control of its own laws and regulations and that we were able to negotiate our own trade deals outside the EU. These issues were seen as more important than immigration, economic growth, jobs and wages, reducing inequality or reducing the pressure on public services. Remainers, on the other hand, prioritised the economy, together with fairly paid jobs and public services. Our assumption that a soft Brexit would be an obvious and reasonably popular compromise, which as a policy would allow Labour to straddle the Brexit divide as they had done in 2017, turned out to be false.

Several further pieces of research we carried out over the last year confirmed the difficulty of compromise over Brexit for any party, but perhaps causing the most problems for Labour. As it stands, the vast majority of UK voters who voted Remain in 2016 still want to Remain, and the majority of those who voted Leave now want to exit the EU with no deal. Only 20%  of the population and 14% of Labour’s 2017 voters want some kind of compromise (either a soft Brexit or Theresa May’s withdrawal agreement) as their preferred outcome.

Our findings also challenge several of the conventional narratives around Brexit, particularly the claim widely advocated within Labour that the vote to Leave was primarily an economic protest by the “left behind”. It is true that Leave voters were more likely than Remainers to be working class, and towns still suffering from the legacy of de-industrialisation saw some of the highest Leave votes in the country. But rather than focus on social class or geographic area, our research asked respondents about their individual personal financial circumstances. Of those who were finding it difficult to manage financially, a very slight majority actually voted to Remain and were most worried about no deal. By contrast, Leave voters who found it easiest to manage financially were the most in favour of no deal.

Our research has important implications for any future referendum campaign, both by the Labour Party and more widely. We were genuinely surprised by how important issues around sovereignty turned out to be for Leave voters and this led us to conclude that there is a large and worrying gap in common understanding between the most ardent Remainers and the Leave voters that we need to win over. Enthusiastic Remainers tend to embrace the idea of a community of nations working together for the common good and are largely unconcerned that a monolithic European bureaucracy is about to take over the UK. No one should be surprised that the vast majority of Labour members and voters are Remainers, given that a core principle of Labour states that “by the strength of our common endeavour we achieve more than we achieve alone”, and this equally applies to nations as well as individuals. But Leavers simply do not share this enthusiasm.

The massive structural problems our country faces – including the underfunding of the NHS and social care, the wealth gap between towns and cities, the educational gap between graduates and non-graduates, the failure to provide enough affordable homes – are the responsibility of Westminster, not Brussels. The preoccupation with Brexit is actively preventing us from dealing with them. Based on our research showing the importance of sovereignty to Leave voters, Labour should campaign on the basis that, in the end, national and local government have far more impact and influence on the lives of British citizens than the EU. And Labour needs to emphasise that, contrary to Brexiteer mythology, further political integration cannot be forced upon the UK. With exemptions from Schengen and the Euro (alongside a budget rebate), whilst retaining full voting rights and outsized influence due to the (current) strength and size of our economy, the UK already has the best deal by remaining a member of the EU.

Getting this message across to Leavers and soft Remainers will be crucial in any future vote on Brexit. The fear amongst leavers of an uncontrollable, unaccountable European bureaucracy interfering unnecessarily in every aspect of British life, is often dismissed or mocked by Remainers, including many in the Labour Party. If we want the UK to stay in the EU, we need to do more to understand and address those fears rather than dismiss them.

You can listen to Remain and Reform’s new podcast on polling and the attitudes of Leave and Remain voters here, featuring the authors of this article. Remain and Reform is a new campaigns and policy organisation that aims to provide the space for discussions on how progressive and radical Remain and Reform policy can transform the UK and Europe to the benefit of all. You can find them on Facebook and Twitter.

Christabel Cooper is a Labour councillor in Hammersmith and Fulham, and runs Sensible Analytics.

View all articles by Christabel Cooper 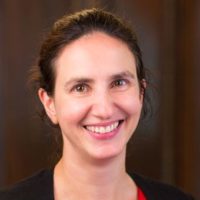 Christina Pagel is the director of the Clinical Operational Research Unit at UCL.

View all articles by Christina Pagel