The three places up for grabs on Labour’s top disciplinary body have been secured by those candidates who were backed by Momentum in the internal election.

The other unsuccessful candidates were Emma Burnell and Steve Lapsley, both promoted by ‘soft left’ group Open Labour, as well as Farirai Madzikanda, Anisur Rahman, Jonathan Maytham and Ian Papworth.

There was some controversy over the election of three men to the roles, as the party had appeared to offer conflicting advice on whether the new additions to the NCC should be gender-balanced.

In one email, Labour’s general secretary informed local parties that three candidates were going to be elected including at least two women. But this advice was later changed, on account of the NCC as a whole being gender-balanced.

While all of those nominated within the trade union section were women, critics have said there should be quotas in each section. A point of order from the conference floor was made to raise this concern. Some have argued that the basis of this move was factional. 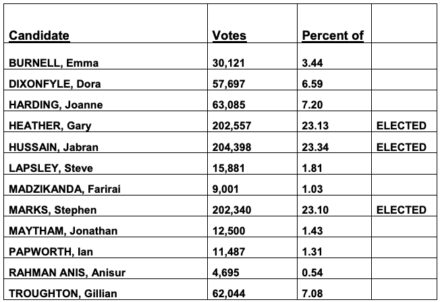